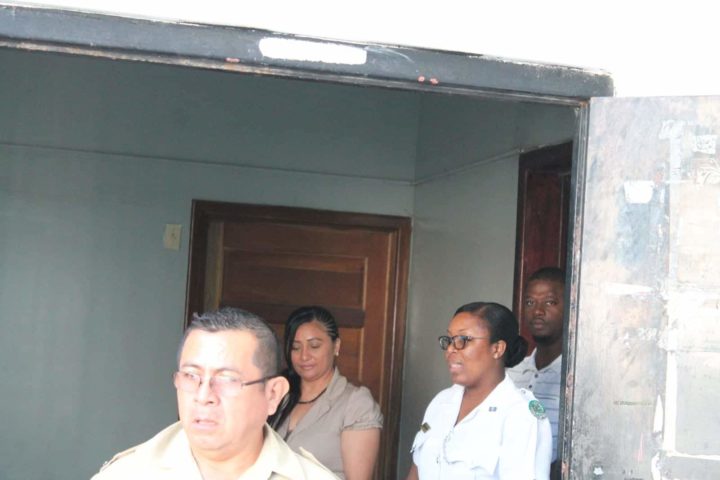 By Aaron Humes: Former police constable Darren Martinez, 24, convicted in December of assault of a child under the age of 16 by penetration, was sentenced to 12 years today by Justice Colin Williams.

On February 21, 2016, Martinez had inserted his finger in the private area of a female child who was 8 years old. At the time, Martinez, the father of two children, was the boyfriend of the child’s older sister. Martinez was indicted on September 13, 2017 and on December 17, 2019, a jury of 9 unanimously found him guilty of the offence.

Before he decided on the sentence, Justice Williams heard pleas for mitigation from 5 character witnesses, Martinez himself and his attorney, Oswald Twist. Twist submitted that Martinez had no previous convictions and that he had expressed remorse. Twist also said that there was a delay of the trial for 4 years.

But Crown Counsel Riis Cattouse, prosecuting, submitted that there are four aspects of sentencing – retribution, deterrence, prevention and rehabilitation. He urged the court to pay particular attention to retribution, punishment through the courts as society’s abhorrence for a particular type offence. He cited the victim’s age, that the offence was committed at the victim’s family home, that the convict was the boyfriend of the victim’s older sister, that he was a police officer and that he had breached the family’s trust that was given to him.

Justice Williams said that the age of the victim was significant because she was particularly young and in this case the aggravating circumstances far outweigh the mitigating circumstances. Nevertheless, he imposed the minimum sentence of 12 years – it could have been as much as life in prison.