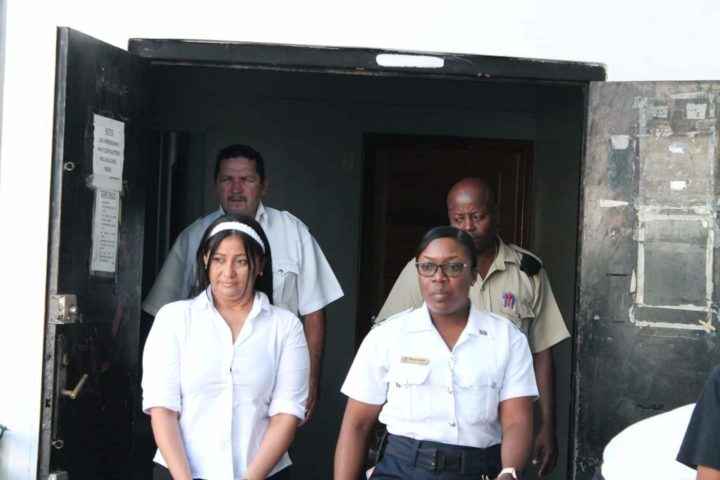 By Aaron Humes: Mexican national Annabelle Kumul, 42, who was charged with murder but had pleaded guilty to the lesser charge of manslaughter, was sentenced to 15 years’ imprisonment today by Justice Colin Williams.

But she will serve just another 54 months (4 years, 6 months), as Justice Williams stipulated that because she pleaded guilty she was entitled to a reduction of a third of her sentence, which amounted to 5 years. Also, he deducted 5 years and 6 months from her sentence for time spent on remand.

Kumul admitted to killing her common-law husband, Felix Alamilla, 28, the father of their two children, at about 5:30 a.m. on July 23, 2014. She went to the residence of one of his friends in San Pedro Town and had found him sleeping on a couch. While he was still in a stupor, she took a knife and stabbed him three times – once to the left side of his chest, one to the left side of his head and once to his left thigh. A post-mortem revealed that the wound to the head was superficial and that he died from the wound to his thigh. After the incident Kumul told the police that she had gone to Chetumal to visit her father, and when she called Felix, who she had left in San Pedro Town, she got no response. She figured that he had gone on one of his drinking sprees and left their children alone. On her return to San Pedro she found him at the residence of one of his friends. Infuriated, she stabbed him, but she said she did not believe that he would have died.

The couple met in 2004 in Chetumal when he was at a rehabilitation center and they got together then went to live in San Pedro.

Before he decided that 15 years was the starting point for her sentence, Justice Williams heard an impact assessment statement from Felix’s sister, Barbara Alamilla, that was read by Crown Counsel Portia Ferguson. Justice Williams also heard a plea for mitigation from Kumul’s attorney, Senior Counsel Simeon Sampson, through whom she expressed remorse for what she did.