Fin Sec indicates that Government may not appeal the Chief Justice decision re the 1.4 billion dollar spending 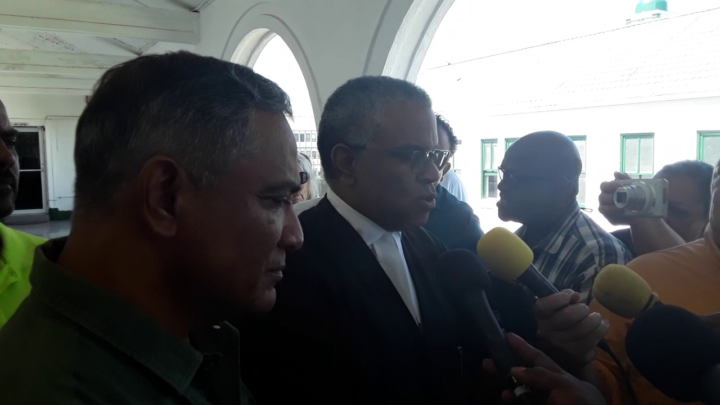 By Aaron Humes: Chief Justice Kenneth Benjamin found that spending of approximately $100 million in 2013-2014, for which there was no parliamentary approval, was a direct violation of the Constitution by Prime Minister and Minister of Finance Dean Barrow and Financial Secretary Joseph Waight.

Further spending of approximately 1.4 billion dollars covered in 21 supplementary appropriation bills brought to the House over a decade was also found to violate the Constitution and to be null and void.

But sometime in the next six months, the Government – if it chooses not to appeal the judgment – has a chance to fix it, by submitting an amendment to the Constitution itself to the National Assembly.

A permanent injunction sought by Opposition Leader John Briceño and chairman of the Public Accounts Committee Julius Espat was granted but stayed for that time span.

But the point has been made, Senior Counsel Eamon Courtenay, told the media after the ruling: “The Chief Justice – and these are my words – found that the Prime Minister has been operating the government like a panades shop; and the result of his judgment today is to tell him in no uncertain terms that he must comply with the Constitution and the Finance and Audit Reform Act and go to the Parliament, and get approval, giving full disclosure on how he intends to spend the people’s money.”

It is another black eye for the Government, but Briceño extended a hand of cooperation, stating that he awaits the Prime Minister’s response after meeting his caucus to review the full judgment which will be handed down next week.

“We are very happy with the judgment, and I think it is time that the Prime Minister understands that the people’s money is not his money and that he needs to be able to, as the Minister of Finance, give account for every cent of the Belizean taxpayers’ [money] he spends…I would not be surprised if six months goes and the Prime Minister does not make an attempt to amend the Constitution…” Briceño said.

Briceño added that “on principle,” the party will accept an amendment that makes a sincere effort to fix what is broken, and nothing else.

If it goes the route of appeal, Courtenay added, the Government has a problem: “…their counsel conceded the unconstitutionality which the Chief Justice has found, so I think it would be a waste of the people’s money if once again we are appealing something that they have conceded. We must not forget that there must be something radically wrong with a Government who hires an expensive Queen’s Counsel to come to Belize and stand up in court and concede a case. Why have they not gone to the National Assembly and corrected this if their own lawyer came to court and say they were acting unconstitutionally – it is an utter and complete disgrace…”

Courtenay added in reference to the current trial in Utah that John Saldivar should be dealt with first before any penalties are assessed under the Finance and Audit Reform Act.