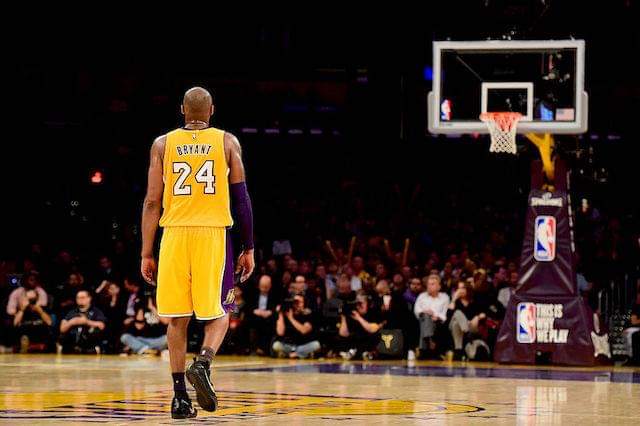 By BBN Staff: A report by TMZ Sports announced today that Lakers will be giving away 20,000 Kobe Bryant T-shirts at the game tonight. The 20,000 shirts are courtesy of the Los Angeles Lakers.

The T-shirts have been draped on every seat at the Staples Center.

The game tonight will be the first game since Kobe passed away on Sunday.

According to TMZ, there will be several tributes to Kobe tonight.

A massive turnout is expected at the game tonight at the Staples Center where Kobe played almost all of his 20 years of legacy.

Fans of basketball and Kobe Bryant around the world are grieving the sudden loss of  Kobe along with his 13-year-old daughter and several others in a helicopter accident that occurred around 10:00 a.m. Sunday local time in Calabasas, California.

The decorated NBA athlete was a first-round pick in the 1996 NBA draft and spent his entire 20-year career with the Los Angeles Lakers, earning 5 championships, two finals MVPs, and 18 All-Star titles before retiring in 2016 with one of the most iconic final performances by any athlete in professional sports.

Following his retirement, both his jersey number – 8 and 24 – were retired in Staples Center. Unfortunately, Kobe will never get the opportunity to make a speech for his imminent induction into the Naismith Memorial Basketball Hall of Fame.

BBN joins the rest of Kobe fans around the world in mourning the loss of the legend, his daughter and the others who died in the tragic crash while offering deep condolences to his family. Tearfully, #MambaOut.