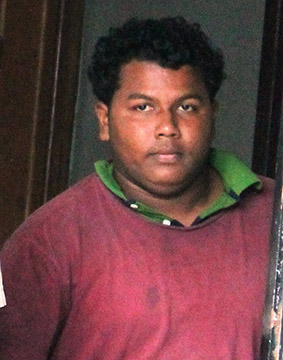 By Aaron Humes: Ronald Armstrong, 20, one of two persons charged with possession of ammunition without a gun license, pleaded guilty to the charge when he appeared today before Senior Magistrate Aretha Ford. Because he pleaded guilty at the first opportunity and saved the court time, Armstrong was sentenced to 4 months of imprisonment. In the case of his co-accused, Elmisha Pacheco, his common-law wife, the charge was withdrawn.

On Friday, January 31, police conducted an operation at Armstrong’s residence, located at 171 Antelope Street Extension, where they found 7 rounds of ammunition in a drawer. Armstrong, a body works technician, said he found the bullets in a car that was parked in his yard on December 8, 2019, and his intention was to either throw them away or hand them over to the police. Armstrong was represented by attorney Ronell Gonzalez.