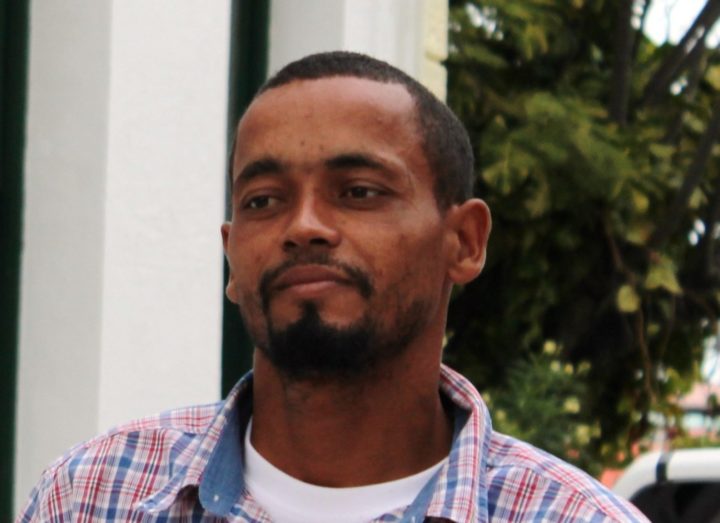 By Aaron Humes: There was a vicious beating dished out to Mario Zelaya at the Karl Heusner Memorial Hospital on August 1, 2016, between 8:30 p.m. and 9 p.m.

More than three years later, a jury today found John Burke, 35, guilty of dangerous harm, but was not able to reach a verdict on co-accused 37-year-old Kareem Eagan.

Mario Zelaya testified that he was walking from the emergency section to the corridor of the main entrance to the hospital when he was attacked by men he identified as Burke and Eagan. He said Burke punched him in his face and when he fell to the floor, both men began to kick him.

Two eyewitnesses testified and corroborated Zelaya’s testimony. The witnesses also said that while Zelaya was lying on the ground apparently unconscious, Burke jumped on his back and stomped him several times.

Not represented by legal counsel, Burke asked few questions of the witnesses and Eagan none, and neither gave evidence in their own defense. The Crown was represented by Crown Counsel Portia Ferguson.

Presiding Justice Collin Williams deferred sentencing for Burke until Thursday, February 13. For Eagan, he said that the Director of Public Prosecutions will decide what to do in his case.