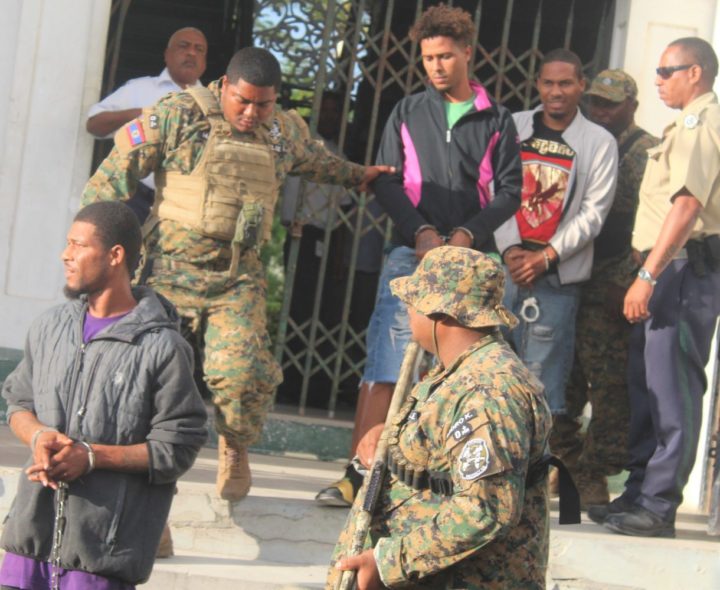 By Aaron Humes:The Meighan brothers of Banak Street, Belize City – Tyrone, 26; Ellis, 27; and Shaquille are no strangers to the law or the press.

They have been accused of everything from keeping unlicensed firearms and ammunition, to the assault of police officers to murder (Tyrone, of which he was acquitted).

Yesterday they were accused of being members of a gang – the Banak Zone Clique subset of the Ghost Town Crips – which they all deny.

All three now claim lawful professions – Tyrone is training to be a tour guide and gave a Placencia, Stann Creek District address; Ellis is a car dealer and Shaquille a singer-entertainer.

After pleading not guilty and being denied bail, the trio and their mother Shelly told Senior Magistrate Tricia Pitts-Anderson that they have been threatened with beatings from law enforcement, and are asking that they not be “taken advantage of” and the trial run its course.

The Senior Magistrate took note, but her hands were tied and the men will have to apply for bail at the Supreme Court.

The group were taken off in heavy chains by members of the Gang Suppression Unit (GSU).