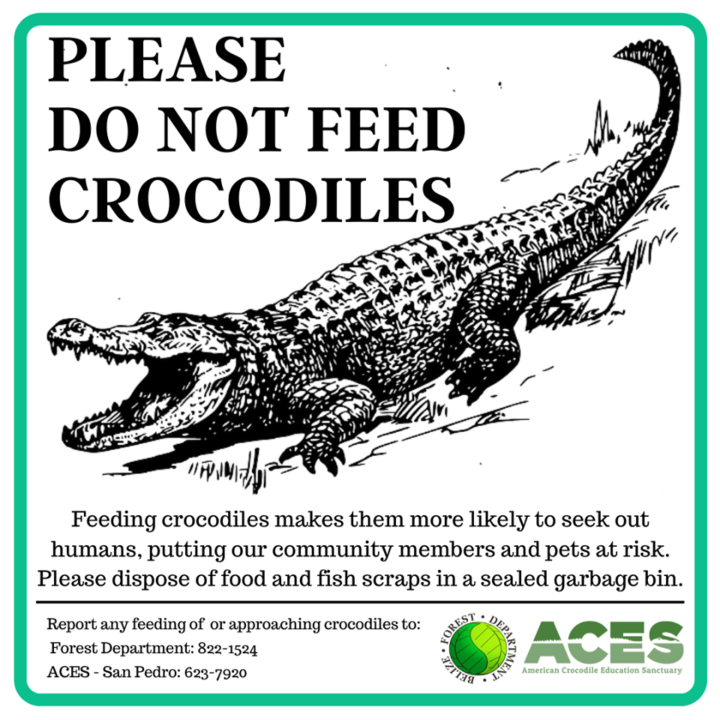 By BBN Staff:The  American Crocodile Education Sanctuary (ACES) is reminding the public not to feed crocodiles.

ACES informed that last night, the group saved a dog from being ambushed by a crocodile in San Pedro.

After saving the dog, the group noticed a pile of chicken feet, chicken scraps and various other meat bones sunken at bottom of the bank next to the road.

ACES says that feeding the crocs makes them associate people with food.

“Instead of using caution where people frequent, they seek us out, hoping for a handout. The reality of these situations is that it usually is not the person who is giving the handouts that sees the consequences, but the innocent, like this poor dog that nearly became part of the food chain,” ACES noted.

It is alarming since this occurred in the Boca Del Rio Channel where people including children are often in and around the mangroves, unknowingly in a potentially dangerous situation thanks to this indirect feeding.

ACES  urges the public to refrain from feeding crocodiles and to report if they see anyone feeding the animals.

The crocodiles in Belize naturally fear humans and will usually flee if someone gets too close, but feeding them changes their natural behavior.