The tale of the tape for Faber versus Saldivar

The UDP cause is greater than its leaders 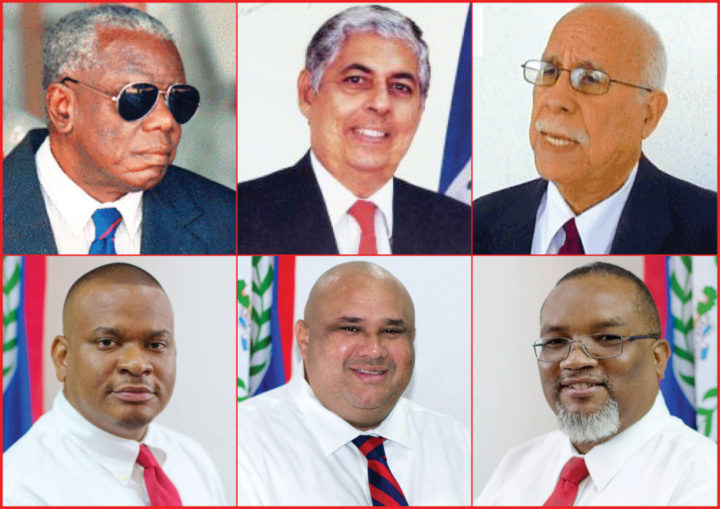 By Delroy Cuthkelvin: Some in the UDP are genuinely concerned about the current climate of competing aspirations that appears to threaten the party’s unity which is so vital to its electoral success; while many in the Opposition are understandably elated, convinced that this dramatically increases their party’s political prospects. Well, to our friends in the UDP we say, let NOT your heart be troubled; and to those in the PUP we caution, not so fast.

For historical perspective, it should be instructive to note that the UDP has the distinction of being one of the most heterogeneous political movements in the region, a party that was born through diversity; unlike the PUP, which was traditionally and fundamentally monolithic, almost cultish. But diversity and unity are NOT mutually exclusive concepts.

Indeed, the UDP at its inception in 1973 was an amalgamation of three major political movements, forged through the practical need for a viable alternative to the PUP which, emboldened by its hitherto unrivalled dominance across the Belizean political landscape, was gradually becoming a virtual dictatorship.

That is why and how Philip Goldson and his National Independence Party (NIP), faced with defeat after crushing defeat, eventually teamed up with Dean Lindo and the People’s Development Movement (PDM), both leaders compromising their political ambitions for the greater cause of liberating the country from the clutches of the PUP. (Note that Lindo had formed the PDM when he broke away from the NIP after failing to seize control from Goldson).

The third major component in the historic 1973 merger was the more recently formed Liberal Party, in which Manuel Esquivel was a key figure, that group serving as an essential catalyst for the amalgamation. Then, there were smaller opposition elements that added their punch to the already potent mix, such as the Corozal United Front (CUF) and the Voice of the Silent Majority in Orange Walk.

Those still alive who knew them well will tell you that Goldson and Lindo were two of the fiercest political rivals. Yet, for the greater cause, they united, thus giving birth to the UDP.

In 1993, it was this same spirit of devotion to the greater cause that attended the reunification of UDP factions separated one year earlier (1992) over the Martime Areas Act. Again, it should be quite useful, most instructive, indeed, to recount that it was those presumably irreconcilable differences among fractured elements of the UDP that had prompted the ruling PUP’s decision to call snap elections, a fatal political miscalculation on their part.

Fast-forward to 2020. The UDP, having racked up major, unprecedented accomplishments for the nation under the undisputed three-term leadership of Belize’s most transformational Prime Minister, Right Honorable Dean Barrow, is now confronted with the unenviable task of replacing him in advance of the upcoming general elections.

You can’t take the fight out of a contest, and the campaigns have been spirited as anticipated. While there have been some not so desirable aspects of the race for the top leadership position, we are calmed by the assurance that as messy as it often is, Democracy has no acceptable alternative; and we are comforted by the sheer quality of the aspirants which guarantees us an outcome that can only be the greater of two goods, rather than the lesser of two evils.

Indeed, the entire leadership of our party is in transition. Already, a new National Chairman has emerged uncontested, who is abundantly endowed with the necessary attributes, natural and cultivated, to play an invaluable role in the post-convention re-unification of the party. His energy and resourcefulness, combined with the collective competence and focus of the new leaders selected this coming Sunday, will ensure that the UDP marches on, as formidable a force as ever it can, in the post Dean Barrow era.

The UDP has been, and will always be greater than the sum of its parts, because we are a party whose cause is greater than the personal aspirations of our leaders. Be thou a friend or a foe, this you must never forget about the UDP.