Prime Minister Barrow on Faber campaign ad; should not be interpreted as an endorsement

Scientists urge action to save Central American peccary from extinction 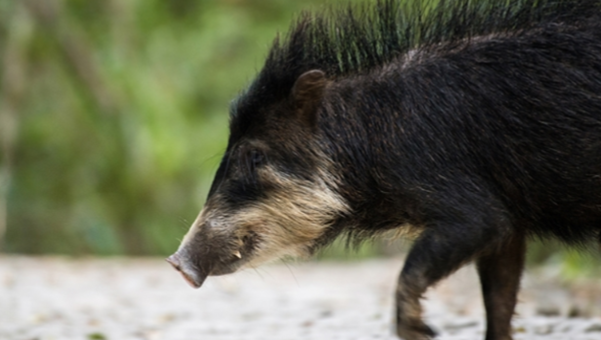 By BBN Staff: Scientists are calling for countries in Central America to take immediate action to keep the white-lipped peccaries, an important species in ecosystems in the region, from going extinct.

This week the Wildlife Conservation Society (WCS) highlighted a study published in the journal Biological Conservation, which showed that the population of white-lipped peccaries have declined by as much as 87 percent to 90 percent from their historical range in Central America, signaling a population collapse of a key species in the region.

The study points to changes in forest cover and human disturbances as the leading causes of the population decline and said that “Urgent action is needed to protect Mesoamerica’s 5 Great Forests, spanning from Mexico to Colombia,” which includes Belize.

White-lipped peccaries play several roles in forests, including assisting with seed dispersal for plants, creating water holes which benefit other animals as well, and serving as food for large predators including humans.

“White-lipped peccary populations are in more of a critical condition than previously thought,” said lead author Dan Thornton of Washington State University. “While these results are sobering, they also offer a
road map on how to conserve this iconic, ecologically important species.”