Belize signs Treaty on the prohibition of Nuclear Weapons 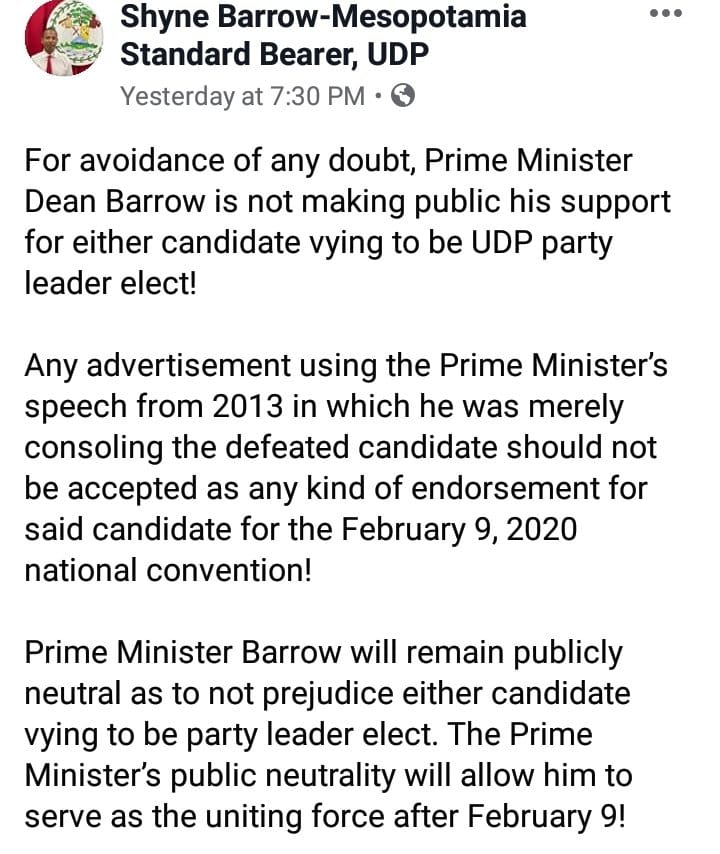 By BBN Staff: Son of Prime Minister, Dean Barrow, Shyne issued a statement last night saying that PM Barrow is not making public his support for either candidate vying to be UDP party leader-elect for the upcoming national convention scheduled for this Sunday, February 9.

Barrow’s statement was done after candidate, Patrick Faber published a video in which Prime Minister Dean Barrow publicly declared that he (Faber) is the future of the UDP.

“You have always been a lion in victory, today, you were gracious and magnanimous in defeat. That is the true measure of a leader and that is why I continue to say that you sir represent the future of the UDP,” PM Barrow said.

But, Shyne said that the video was recorded in 2013 when the PM was ‘merely consoling the defeated candidate.’

Shyne says that the video should not be accepted as any kind of endorsement for said candidate for the February 9, 2020 national convention.

Shyne says that the Prime Minister’s public neutrality will allow him to serve as the uniting force after February 9.