Cloudy spells and scattered showers ahead

Media restricted in coverage of UDP National Convention – but BBN will be there! 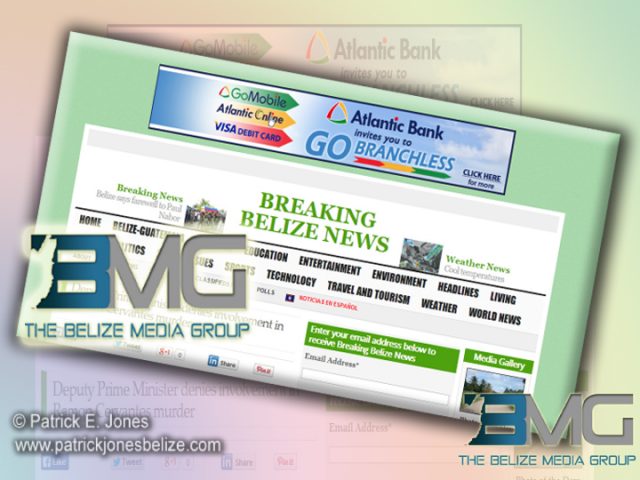 By Aaron Humes: The decision by the United Democratic Party National Party Council to restrict media access at the Belize Civic Center for tomorrow, Sunday’s National Convention is a rare precedent – and a worrying one.

In 1996, the People’s United Party had restricted press coverage at the Belmopan Civic Center, when Said Musa defeated Florencio Marin, Sr. to succeed George Price as party leader. The P.U.P. has gone through three leadership contests since, all of which had full media access and coverage.

The U.D.P.s reasoning this time is because the Civic is an enclosed venue and some delegates are fearful of being unnecessarily exposed during the voting process, which starts around noon and goes till about 3 or 3:30 p.m. But both the People’s Stadium in Orange Walk and Santiago Ricalde Stadium in Corozal – the sites of the last two conventions where voting for party executive posts took place – had those voting booths screened and no one complained, at least not openly, of being identified as a delegate – and presumably, a die-hard U.D.P.

The party is voting in a contested convention for its leadership for the first time since 1983 when Manuel Esquivel defeated the late Philip Goldson to succeed Theodore Aranda. Esquivel handed over to Barrow, his deputy, without a contest after the 1998 general election massacre, and Barrow has been in charge ever since – 22 years.

But the restriction extends for the first time in memory to covering the opening ceremony, which would include the installation of new chairman Michael Peyrefitte and the last address to the party by the outgoing leader and Prime Minister Dean Barrow. The task of covering these is in-house, falling to WAVE Radio and TV, which has covered the House of Representatives for some time and a few other outdoor events. They would be asked to share this information with their journalistic colleagues.

Our colleagues at Channel 7, LOVE FM and KREM Radio and TV say they discussed the possibility of a boycott, and had it gone ahead perhaps other media would have been asked to join in. Channel 5 also editorialized during one of their news stories on Friday as follows: “Restricting media access to cover Sunday’s national party convention, in an era where the dissemination of timely information is most critical, is a counterproductive decision taken by the executive of the United Democratic Party.  With social media as the platform of choice for information sharing, limiting our opportunity to broadcast on-air or online the activities of the convention is archaic and has no place in today’s society [where] freedom of the press is a right.”

But Renee Trujillo, LOVE FM News Director, is being practical when she states on Love News, “while yes I have a fundamental issue with the way [the] UDP is handling this convention, I also have a responsibility to the general public.” So, indeed, do we all.

And so there is little more to say on our part other than that we’ll be there, bright and early Sunday morning, to enjoy as much as we can a momentous day in Belizean politics, and to bring all the news and highlights as quickly and accurately as possible.