American national found murdered in her apartment in San Ignacio 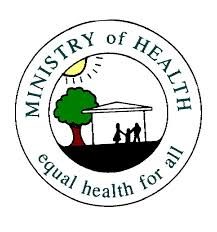 By BBN Staff: Earlier today, we reported on a group of travelers arriving at the Philip Goldson International airport who were denied entry into Belize.

It was believed that at least 2 out of the 12 travelers had a cough and displayed flu-like symptoms.

The Office of the Director of Health Services issued a statement explaining what happened.

“ The surveillance team of the Central Health Region and this desk had been alerted of a flight that would be landing in Belize that had 12 passengers with flights originating out of China and the team was prepared to initiate our investigation upon arrival. We can confirm that indeed the flight had 12 persons who had arrived in the US in the latter part of January and who had previously been in China, they all had different departure dates. During their days of stay in the US, they have confirmed they visited multiple places as tourists. As per protocol, our concern remains the 14 day period after having departed from China,” the statement noted.

The health officials were notified of 3 passengers who appeared to be ill.

The Director of Health Services confirmed that all passengers in this group of travelers have been checked by the group of doctors who were deployed to the airport and all of them are afebrile with no respiratory condition that would seem to be related to the flu.

One person was hoarse and had a chronic cough and a sample/swab was taken as a screening measure.

This sample will be processed this afternoon at the Central Medical Laboratory.

The office says that for now, these passengers have been cleared by health authorities but there are immigration anomalies that are currently being sorted out in conjunction with the airline.

The office thanked everyone who is working as part of the national surveillance teams.

These precautionary measures were taken to prevent the Wuhan coronavirus from possibly entering Belize.