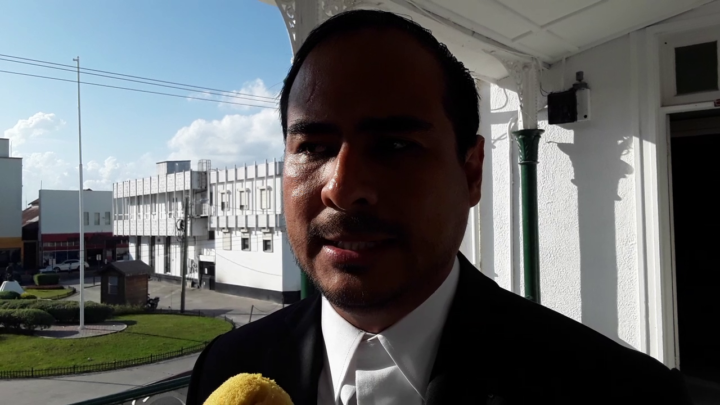 By Aaron Humes: On Monday in the courtroom of Justice Courtney Abel, the case of the Public Service Union (PSU) and the Belmopan City Council was sent to arbitration. Last week Justice Abel made a determination and struck out the Union’s case against Simplex Designs Limited after the company’s attorney, Estevan Perrera, submitted that the matter before the court was a dispute between the Union and the Council, which sold the Hill Top property containing the PSU’s headquarters in central Belmopan while negotiating with the Union on a possible purchase. Simplex, the court determined, now owns that property free and clear.

Additionally, there was case management for the counterclaim bought by Simplex against the PSU for $35,500 in back rent for use of the property where the union is headquartered.

Asked to respond to being called “greedy” for seeking rent in light of the circumstances of the transfer of the property, Perrera told us, “In all cases, when one decides to file a claim, as attorneys we have to find all of the reliefs that are available to any of our clients, and in this case there are a number of reliefs that are available and as such we have pleaded for all of them. It is up to the court at the end of the day to decide what reliefs will be ordered against the parties…”

The PSU-Simplex case returns to court in April after intermediary steps, but Perrera said he is open to any solution to negotiate on this protracted issue.

PSU President Gerald Henry also held out hope for a settlement but added little to reporters after the case was heard. He did tell us that the Union is working with Prime Minister Dean Barrow to find an alternative property if possible in the capital.