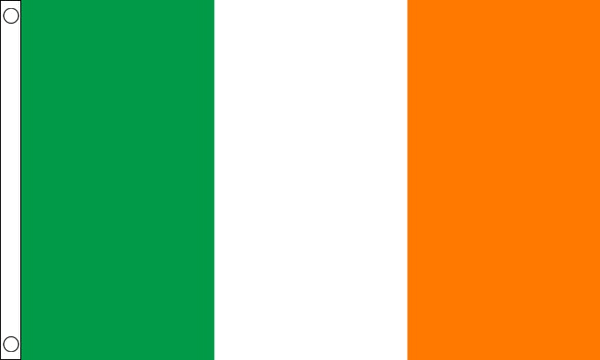 By Aaron Humes: While this weekend Belizeans were closely watching the drama at the Belize Civic Center, half a world away, the people of the Republic of Ireland were voting for their new parliament.

A political party with a checkered past emerged with the greatest profile from that election. Sinn Fein (Irish for ‘We Ourselves’ or ‘Ourselves Alone’) secured 37 seats on 24.5% of the popular vote, coming second to established centrist party Fianna Fail with 38 seats, and ahead of the incumbent governing party Fine Gael, which managed 35 seats.

The Republic votes in a proportional representation format for the 160 seats (including the Speaker which is returned automatically) using the single transferable vote, or STV. Put simply, the candidates, of which there were more than 500 for this election in 39 multi-member constituencies, are ranked in order. A quota of votes is set and those who pass it on the first count of ballots are automatically elected; the lowest-ranked candidate is eliminated from each count and their top votes transferred to those remaining until the seats are filled. Sinn Fein ran just 42 candidates nationwide, but topped the polls on first-preference votes in 30 of the 39 constituencies, and is aiming to be part of a new government.

Exit polls on the day of the election, Saturday, predicted an even tighter race with each main party getting 22 percent of the vote.

There is not enough space for a description of Irish politics or history here, but suffice to say that Sinn Fein was the political arm of the Irish Republican Army which advocates the reunification of the Republic with British-controlled Northern Ireland, and has adopted a socialist outlook on government.

So what does this mean to Belize?

Historically, Belize’s political system has been largely closed to parties other than the People’s United Party or, more recently, the United Democratic Party. How soon we forget that the last member of any party other than the PUP or UDP in government was Philip Goldson of the National Alliance for Belizean Rights in 1993. While a former UDP minister and area representative for Albert, the parties were in coalition for that term. The last independent to do significantly well was another now UDP Minister, Wilfred ‘Sedi’ Elrington, who challenged his party’s representative in Pickstock division in 2003 and won nearly twice as many votes – though both trailed the PUP’s Godfrey Smith.

Under the first-past-the-post system which Belize adopted from Great Britain along with most everything else, to the victor goes the spoils, which is why third parties such as the Belize Progressive Party (BPP) and Belize People’s Front (BPF) have been actively campaigning for proportional representation. In Great Britain’s election in December, conducted under FPTP, the Conservatives won 13 million votes, 43.6 percent of the total and 365 seats to 10 million, 32 percent and 202 seats for Labour. The third party there, the Liberal Democrats, won almost 3.7 million votes and 11 percent vote share – and won just eleven seats after their leader Jo Swinson was defeated, while the Scotland-only party the Scottish National Party won 48 of 59 seats.

As Belize’s democracy continues to grow and advance, attention must be paid as well to how we are governed. There is an ongoing case at the Supreme Court on redistricting electoral boundaries, but the discussion should perhaps go further than that. We can only hope that John Briceño, John Saldivar, Nancy Marin, Patrick Rogers and others are listening.