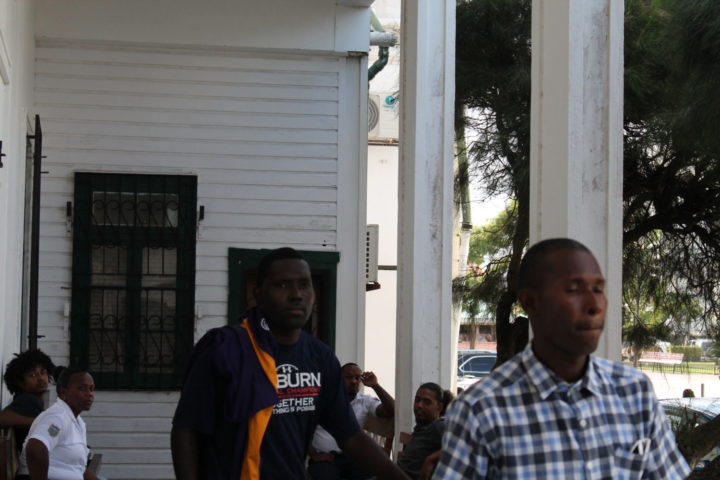 Kenyon Flores,19, pleaded not guilty to robbery before Magistrate Khadeem Palmer. He is accused of taking $1,500, two gold chains and a Samsung cellular phone, all valued at $7,750, at gunpoint from Darnell Puerto at the corner of Vernon and Mopan Streets on February 7th. Puerto says he was on his way to visit his girlfriend.

Flores is held without bail until April 7th.

Meanwhile, Puerto is accused of flashing fake U.S. dollar bills on Newtown Barracks the following day. He has been charged for possession of 29 counterfeit U.S. twenty-dollar bills.

No plea was taken from Puerto when he was arraigned on the charge before Senior Magistrate Aretha Ford. He was released on a bail of $3,000 and his case was adjourned until April 17th.