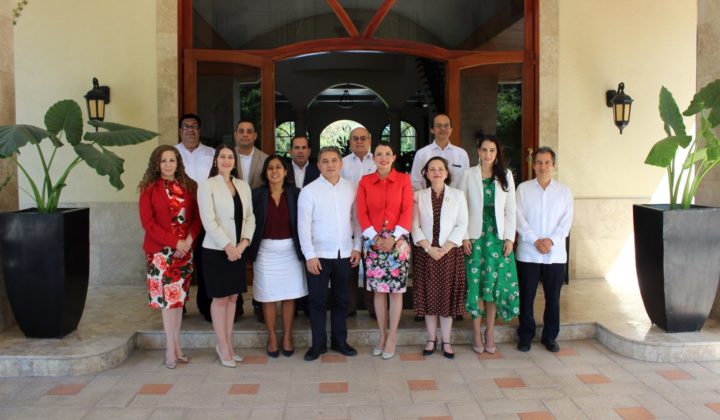 During the meeting, Presidential Commissioners of the Project received Belize’s Work Plan and Calendar of Activities of its Co-Pro-Tempore Presidency.

Mexico serves as a Permanent Pro-tempore Presidenct of the Project.

Among Belize’s priorities, and recognizing that 2020 has been designated by the United Nations as the decade to accelerate the Sustainable Development Goals (SDGs) implementation, Belize along with Mexico and other international and regional actors will be hosting an SDGs International Festival.

This festival will highlight the Mesoamerica Project as a mechanism supporting the implementation of the SDGs by Member States.

Similarly, Belize will highlight the tangible results of the Mesoamerica without Hunger Program currently being implemented in the Toledo District and coordinated by the Food and Agriculture Organization and the Ministry of Agriculture of Belize.

To evaluate regional synergies, Belize will further discussions at enhancing regional coordination between the Executive Secretariat of the Mesoamerica Project and the General Secretariat of SICA.

Belize as Co-President Pro-Tempore is expected to host the meetings of the Executive Commission, the Group of Directors of Energy, the Public Health System, the Regional Technical Commission on Transport, Mesoamerica Environmental Sustainability, Disaster Risk Management, and Trade Facilitation and Food Security and Nutrition.

The Mesoamerica Integration and Development Project formally known as Plan Puebla Panama was created in 2008.

It is a mechanism in which 10 countries including Mexico, Belize, Guatemala, Honduras, El Salvador, Nicaragua, Costa Rica, Panama, Dominican Republic and Colombia implement regional projects to improve the livelihood of the peoples of the region through two pillars: Economic and Social.

The Economic Pillar focuses on Energy, Transport, Telecommunications and Trade Facilitation and Competitiveness. The Social Pillar focuses on Health, Food Security and Nutrition, the Environment, Disaster Risk Management and Housing.