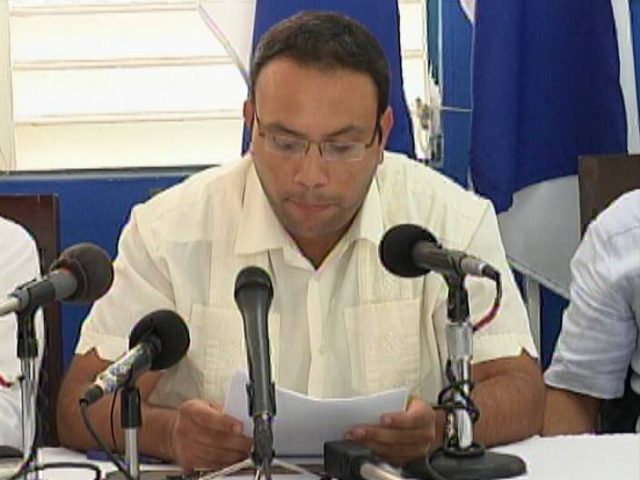 By BBN Staff: The People’s United Party (PUP) is hosting a press conference this morning in Belize City.

PUP Chairman, Henry Charles Usher began the conference by saying that what has occurred inside of the UDP is another ‘hoax’.

Usher said that the UDP convention on Sunday was a sham in an attempt to get rid of 1 candidate (Patrick Faber) and adding another one (John Saldivar) that was removed within 72 hours claiming that both candidates were ‘unwanted goods’.

In addition, Usher said that under the current administration, there has been an unprecedented level of corruption and criminality.

He further called on Prime Minister Dean Barrow to call the elections now.