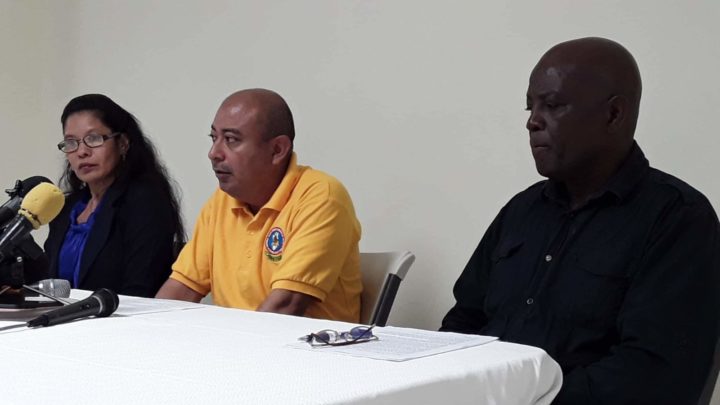 By Aaron Humes:  Elections are technically not due until November, but the National Trade Union Congress of Belize (NTUCB) has a few demands before then.

1) Implementation of a campaign finance law regulating disclosure and limits on campaign contributions and donors;

2) The UNCAC Steering Committee is reconvened and recommendations from first phase adopted, and second phase commenced;

3) The Special Select Senate Committee report on the Immigration Department is tabled and police investigations and convictions for illegal actions reported;

5) Implementation of penalties for alleged contravention of the Finance and Audit Reform Act;

and 6) Starting an independent investigation into alleged wrongdoing by former Minister of National Security John Saldivar.

We will have more coming up.