UB students walk out of class 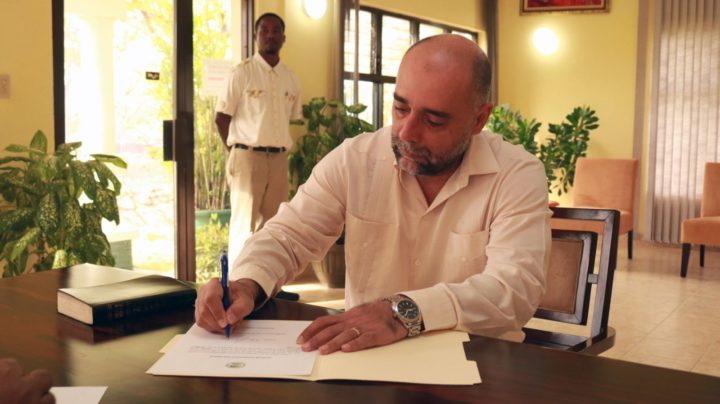 By BBN Staff: Today, Dr. Omar Figueroa was officially sworn in as the Substantive Minister for Fisheries, Forestry, the Environment and Sustainable Development.

The Governor General, H.E. Sir Colville Young, swore Figueroa in this morning in Belmopan. The Government of Belize noted that Figueroa was sworn-in as a Minister of State in the Office of the Prime Minister after winning his seat in the by-election held in the Cayo North electoral division back in January of 2015.

“After the General Elections in November 2015, Hon. Figueroa was appointed as the Minister of State in the Ministry of Agriculture, Fisheries, Forestry, the Environment and Sustainable Development, where he remained until his newest appointment,” GOB said.

His new appointment comes following a reshuffling of Cabinet resulting from the resignation of former Minister of National Security, John Saldivar. Saldivar resigned amidst allegations of corruption and Attorney General Michael Peyrefitte was given the substantive portfolio, while Minister of State Elodio Aragon Jr. will be responsible for the day-to-day operations of the ministry.