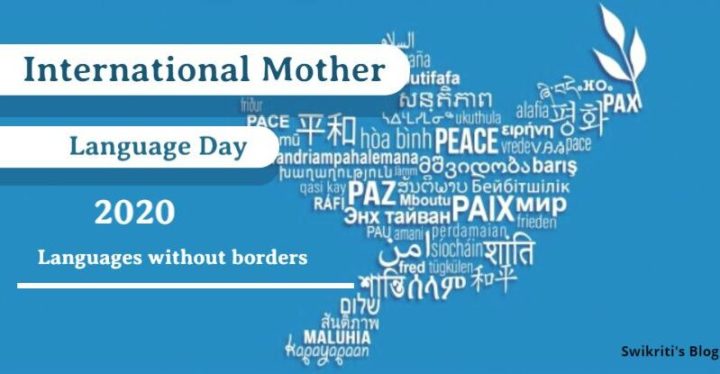 By BBN Staff: On February 21st of each year since 2008, the United Nations (UN) member countries celebrate International Mother Language Day (IMLD), paying homage to the cultural diversity of the world and the many ways people communicate.

The 2020 celebration of IMLD is being held under the theme “Languages without borders.” Data from the UN says that “At least 43% of the estimated 6,000 languages spoken in the world are endangered. Only a few hundred languages have genuinely been given a place in education systems and the public domain, and less than a hundred are used in the digital world.”

Nigel Encalada, Director of the Institute of Social and Cultural Research (ISCR) within the National Institute for Culture and History (NICH) said that today has a special significance because of Belize’s cultural diversity. Encalada stressed that while Belize is a small country, there are persons that have Spanish, Hindi, German, Garinagu, Chinese, Yucatec, and English as mother languages.

“The National Culture Policy of Belize addresses safeguarding our linguistic diversity,” Encalada said, “because anthropologists will tell you that when a language dies, the cultural practices associated with that language dies with it.”

He also noted that there are initiatives at the community level ongoing in various parts of the country with the purpose of revitalizing endangered languages. He also noted that Belizean Kriol is included in the languages being preserved as a part of Belize’scultural diversity.

“Today is for honoring the languages we grew up speaking. People don’t often think of Kriol as a mother language, but it is,” Encalada said.

His sentiments about the Kriol language were shared by Yvette Herrera, one of the lead translators from the National Kriol Council, responsible for translating the New Testament of the King James Bible into Kriol. Herrera explained that it took years of lobbying to get the Government of Belize (GOB) to acknowledge Kriol as a language, but an even greater challenge lies within convincing people.

“One of the hardest parts has been getting people to accept Kriol as a language because all you hear is ‘Oh, it’s broken English,’ and it’s not Herrara said. “Kriol means ‘mixture’ when the African slaves were brought to Belize, whatever language their masters spoke got mixed in with the African. And when you really think about it, which language is more of a mixture than English, it has elements of Greek and Latin and many others.”

Herrera stressed that one of the ways Kriol can get the respect it deserves is for primary school teachers to utilize it, and teach English as if it were a second language rather than assume that children will understand the material because it is being presented in English.

Whatever your mother language, the management, and staff of Breaking Belize News (BBN) wishes all Belizeans a Happy International Mother Language Day.