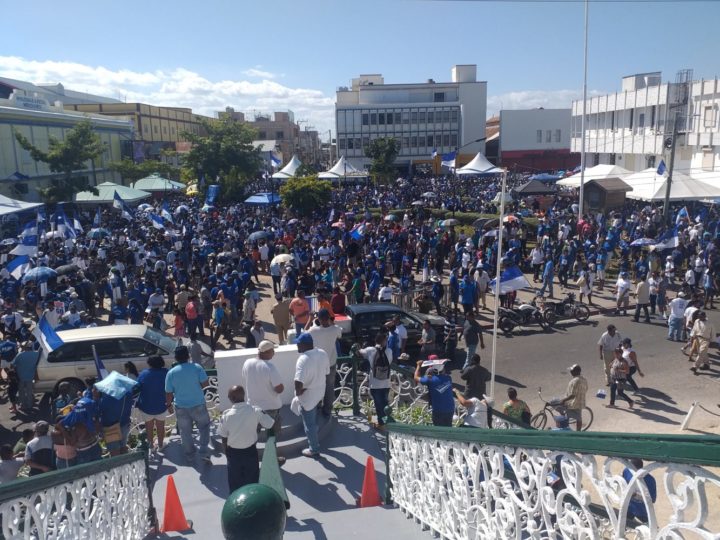 By Aaron Humes: With a crowd that would have been the envy of Antonio Soberanis and George Price alike, the Opposition People’s United Party (PUP) is concluding its anti-corruption march at the historic Battlefield Park in the heart of downtown Belize City.

Estimated at 15,000 at its peak, the crowd has filled both of lower Albert and Regent Streets and is reportedly backed up to Constitution Park.

Mayor Bernard Wagner welcomed the audience, boasting that his Council has not sunk as his opponents have predicted, while their ship is foundering in a sea of scandal.

Other speeches are scheduled to follow culminating with party leader John Briceno.

We’ll have more through the course of the afternoon.