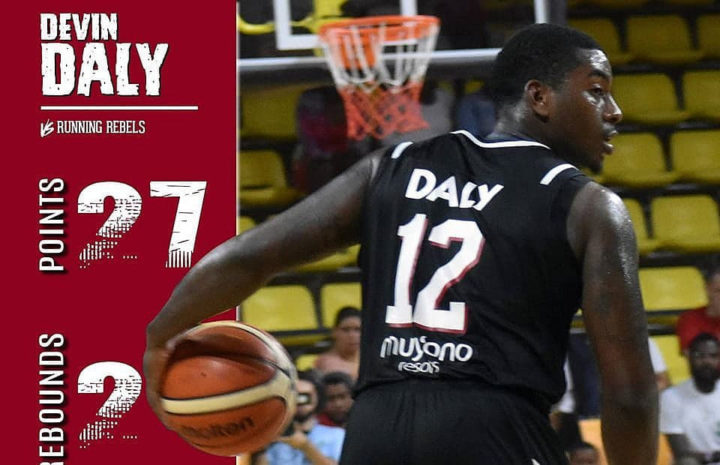 It was a poor day at the office for Punta Gorda Panthers (1-5), who have now dropped 4 straight and could only post 48 points to 85 for Verdes of Cayo. The Panthers were a dreadful 1 for 18 from three-point range and not much better going for two at 37 percent. Jevonte Hughes was their only scorer in double figures with 15 points.

For the westerners (4-1), Tyrone Hall posted 25 points and Devin Thomas added 17 and 8 rebounds.

And Griga Dream Ballers (2-4) won at home 80-67 over Benny’s Belize Hurricanes, aided by 20 rebounds from Macario Augustine and 22 points from Delvon Henderson. Ashton Edwards led Hurricanes (2-3) off the bench with 16 points, with Shuler Dominic adding 10 and 16 rebounds.

The League’s deadline to add players is Tuesday, March 3 as the season approaches the half-way mark.

Three games are scheduled for this holiday weekend. Dangriga welcomes Verdes at 9 p.m. Friday, while Bandits travel to Civic to face Hurricanes 15 minutes later. On Saturday, Panthers host Rebels in P.G. at 8:30 p.m.