Belizean gospel artist nominated for awards in the United States 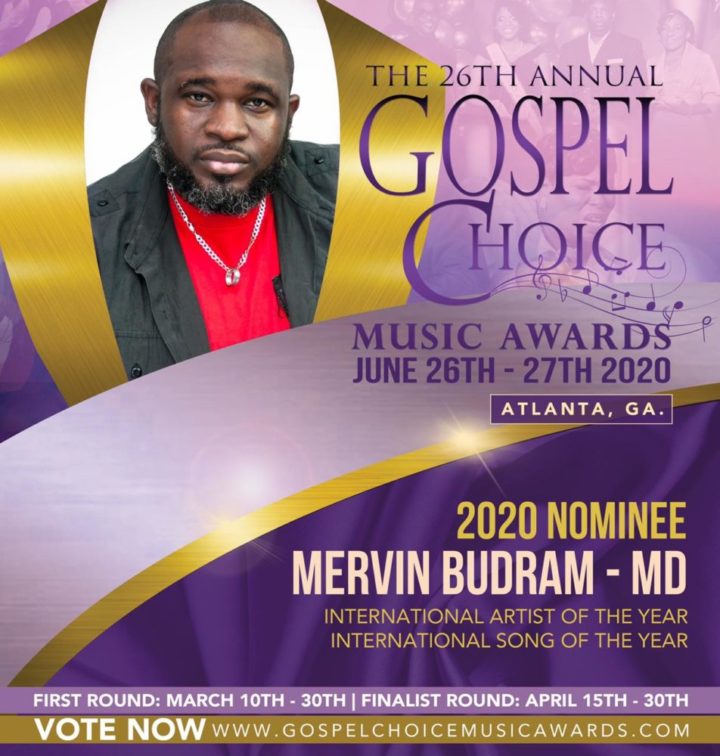 By BBN Staff: Belizean gospel artist, Mervin Budram, continues to make a name for himself internationally with his latest achievements: two award nominations for the upcoming Gospel Choice Music Awards in Atlanta, Georgia.

Budram said the nomination is a nod to the work he has put in over the years to produce quality music and will go a long way in advancing his career. He stressed that, apart from distinguishing himself as an artist both from Belize and from the region, the nomination will serve to help get the opportunity to positively represent Belize on the international stage.

“In 2019, I did a song called ‘Unending Love’ which is the song they are using for this award nomination. It’s really my first attempt at contemporary worship as I am known for the more upbeat type songs,” Budram said.

Keeping to his Belizean and Caribbean roots, Budram produces his gospel music using Punta, Paranda, Soca, and Reggae. Apart from his debut album “Break Free” which released in 2015, Budram also has several singles released which have been played on radio stations internationally.