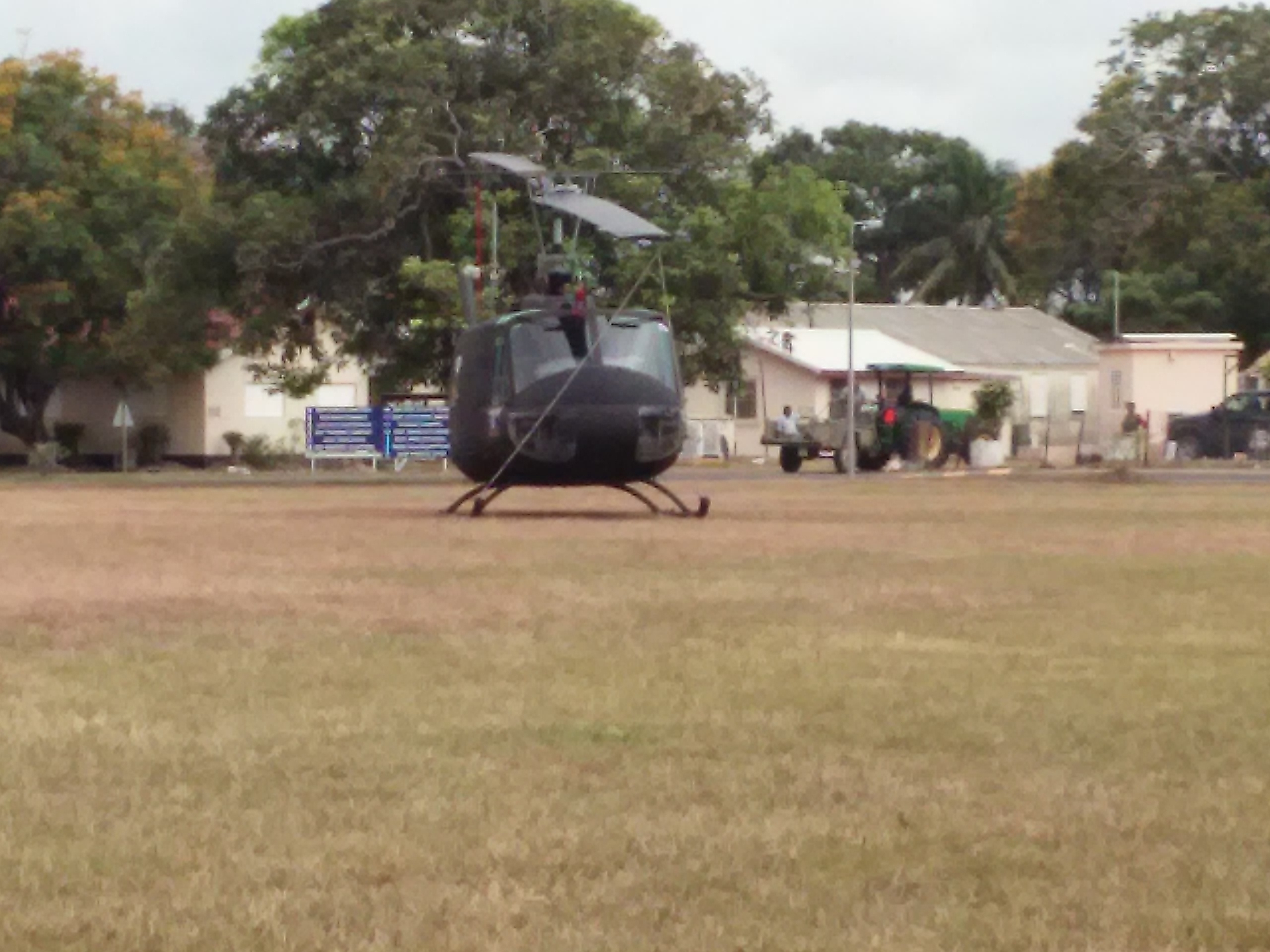 By BBN Staff: The Ministry of National Security informs that on Friday, February 28, 25 members of the Honduran Naval Defence Rescue Team arrived in Belize by air caravan and has been assisting with the recovery of the wreckage from the Belize Defence Force helicopter accident site.

On Saturday and Sunday, with the use of a Bell 412 Helicopter, the wreckage was recovered and has been taken to the BDF Air Wing.

The Ministry says that an investigative team under command of Chief of Defense Staff, Admiral John Borland, was assembled over the weekend and is in the process of gathering information in order to assimilate the facts surrounding the BDF U1H1 Helicopter accident, which occurred on Thursday, February 27 and claimed the lives of four officers.

The team has also been joined by senior officers of BATSUB, the United States Military Liaison Office and the Mexican Military.

A team from Bell Flight Safety Group, who are specialized in the U1H1 Helicopter, is expected to arrive in-country today to conduct an air accident investigation along with the Belize Department of Civil Aviation.

“The Ministry of National Security along with the Belize Defence Force is thankful for the overwhelming support that has been received from partners and is very grateful and appreciative of the kind words that have been expressed by the public and organizations both locally and internationally,” a statement from the Ministry expressed.

The Government of Belize and the Ministry of National Security assure the public that a thorough investigation will be carried out to ascertain the facts of the incident.