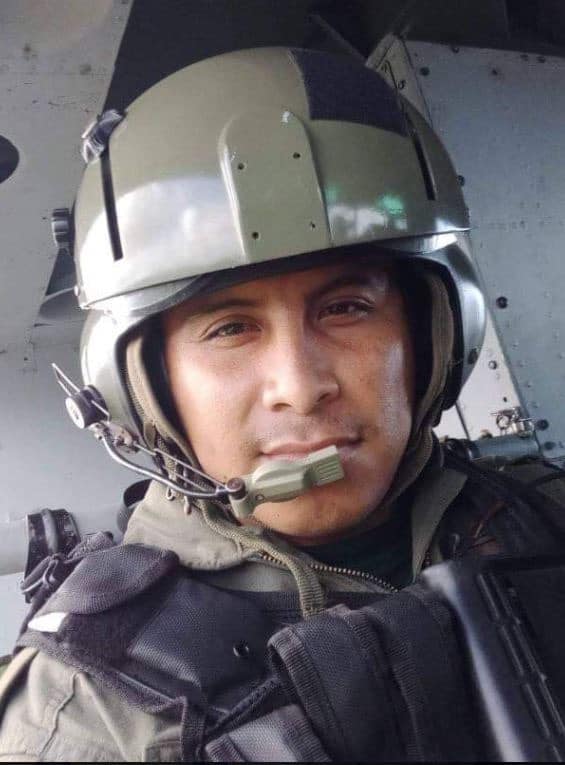 By BBN Staff: Cpl. Yassir Mendez was today laid to rest in his home town of Douglas, Orange Walk.

Cpl. Mendez and three other BDF officers lost their lives after leaving the airwing on an operation last Thursday. The helicopter reportedly crash-landed killing the officers.

According to the BDF Operations Cell, the aircraft left the BDF Airwing early Thursday morning as part of the response to the drug plane that was captured.

On Monday, the Office of the Prime Minister ordered all Belize flags to be flown at half-mast on all official buildings as of until the last Belize Defence Force (BDF) soldier is laid to rest.

This is in honor of the memory of four members of the BDF who passed away while serving their country – Major Adran Ramirez, Major Radford Baizar, Corporal Yassir Mendez and Corporal Reinaldo Choco.