Government survives no confidence vote 18-11 after all day debate 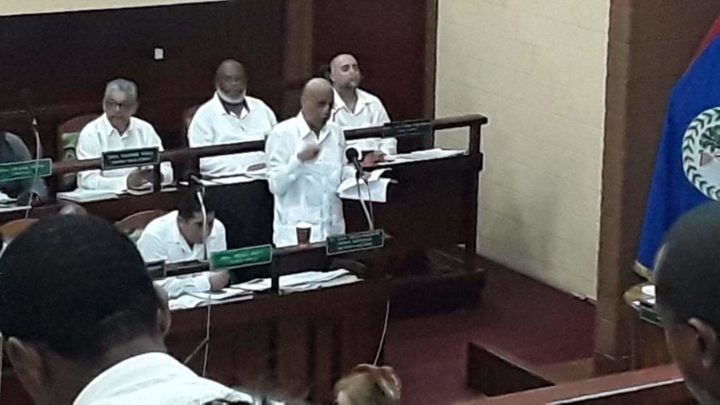 By Aaron Humes: The Government of Belize has, for now, retained the confidence of the House of Representatives after a lengthy debate with the security of its majority and an 18-11 vote.

The Opposition sought the Government’s fall on the basis of its unlawfully spending monies not approved by the House of Representatives in supplemental allocations and presiding over an untidy and unwieldy Government.

For hours, the Opposition focused on the sins of the Dean Barrow administration over the last 12 years, while the Government vigorously defended itself despite having a majority proof.

Cayo South’s Julius Espat said he felt the exercise was necessary and successful as drawing a clear distinction between the parties as voters weigh their choices for the coming general election.

But he again accused the Prime Minister of being unwilling to learn from his mistakes and worse, arrogantly refusing to change course.

Former Prime Minister Said Musa attacked his opposite number and recalled his own ordeal of being accused of stealing by diversion monies owed for the Universal Health Services debt, which has still not been paid.

The last word went to Barrow who mounted a staunch defense of his actions.

This is the first of its kind motion in Belize’s parliamentary history.