Mesopotamia’s Finnegan comes out for stevedores 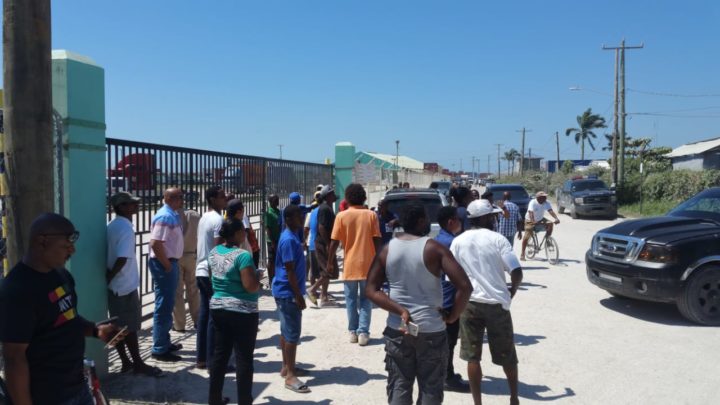 By Aaron Humes: Long-standing United Democratic Party (UDP) area representative for Mesopotamia, Michael Finnegan, today added his voice to those calling for fair treatment of the stevedores currently out on strike at the Port of Belize Limited.

The stevedores have been seeking a collective bargaining agreement (CBA) with the Port, as have members of the Port’s staff also represented by the Christian Workers’ Union (CWU).

Finnegan, trumpeting himself as working for the common man of any ethnicity, expressed surprise that it has taken so long to agree on a CBA, and opined that perhaps the unseen hand of Lord Michael Ashcroft (whose Belize Bank holds receivership for the Port which was previously owned by businessman Luke Espat) was behind it.

The People’s United Party (PUP), he added, was conspicuous by its silence on the matter, having not issued a press statement nor joined Union president Evan ‘Mose’ Hyde and his men on the strike line.