Million-dollar drug bust goes up in flames in Cayo 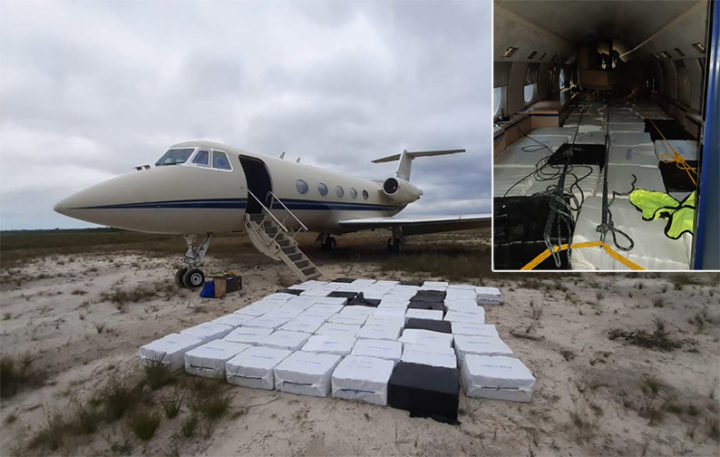 By Aaron Humes: Sixty-nine bales of cocaine seized on February 27 from a landed Gulfstream jet have been destroyed by fire.

The operation was conducted by Police at an undisclosed location in the Cayo District after a court order.

Overseeing the operation was Assistant Commissioner of Police in charge of Operations, Marco Vidal, along with a judge of the Magistrate’s Court.

The amount is valued at at least 100 million dollars and reported to be the second-largest such bust in Belizean history.

It was while providing support by air to this operation that a Belize Defence Force helicopter crashed, taking the lives of two pilots and their coworkers. That matter remains under investigation.

Law enforcement have vowed to continue pursuing the shutdown of drug networks into and out of Belize though no one was arrested much less found in this encounter.