Heavy fluctuation at pumps: premium up, diesel down

Five manatees dead for this year, two of them killed last week 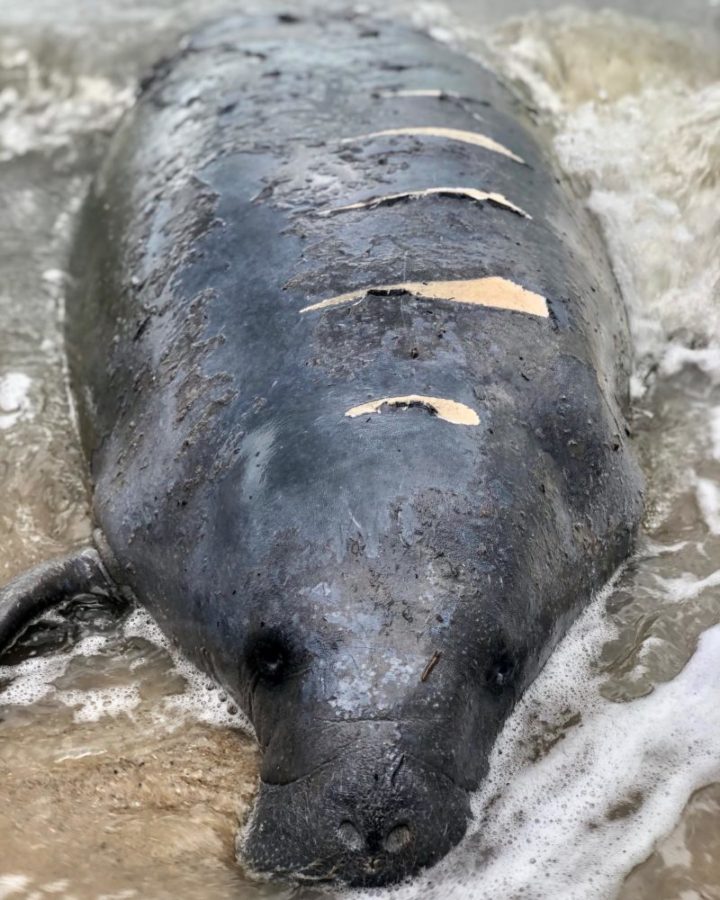 By BBN Staff: Belize’s already-endangered manatee population continues to suffer losses due to human interaction, with five manatees dead already for 2020, with two of them being killed just last week.

Jamal Galves, renowned manatee researcher and the program coordinator with Clear Water Marine Aquarium Research Institute, explained that the first was found on Tuesday, March 3, in the Swallow Caye Wildlife Sanctuary area with visible signs that the animal had been harvested. The manatee had its flippers cut off, and other portions of its body above the shoulder were also cut out. Galves saiD that they could not determine whether the animal was accidentally killed and harvested after, or killed with the intent to harvest.

“That continues to be illegal, and since it happened inside a wildlife sanctuary it makes it even more deplorable,” Galves said. “And what is even more disgusting is to think that someone would harm these animals in the one little area that we designated them to be safe in.”

Galves noted that manatees are protected by the Fisheries Act Chapter 210 of the Laws of Belize, which makes it an offense to harvest the animal, even if it was dead at the time of discovery. They are also protected over the Wildlife Protection Act.

The second dead manatee was found on Sunday, March 8, in the vicinity of Seashore Drive in Belize City, with five large cut wounds on its right shoulder caused by a collision with a boat. He noted that the animal was relatively fresh as if it had died an hour or two before the carcass was recovered. Galves stressed that the area is a known hotspot for manatees because of the shallow waters and seagrass, which the manatees feed on.

He added that there is an ongoing effort to encourage boaters to drive slowly in the area and be on the lookout for manatees to avoid incidents like what happened on Sunday. He notes that the incidents are discouraging but are a clear indication of the need to increase efforts to raise awareness but also a greater need to scale up the enforcement of the existing laws to better protect the species.

Notably, the manatee population in Belize carries global importance as a significant portion of the last living Antillean Manatees on earth are in Belize.