Santa Elena Primary to use Whatsapp for classwork distribution

Commissioner of Police: Time for Talk is Over! 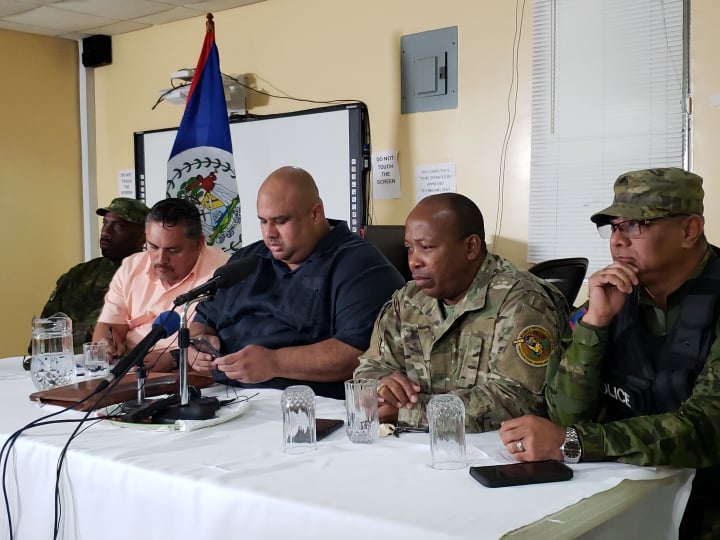 By BBN Staff: Commissioner of Police, Chester Williams, announced several measures being implemented by police at an ongoing press conference, at which the government just declared a state of emergency, including a curfew for minors from 8:00 p.m. to 6:00 a.m.

He said police presence will be maintained in specifically declared state of emergency areas to ensure restrictions on criminals. He said the issue of gangs and gang violence contines to plague our society.

He said as these activities seem to keep increasing, the criminals appear to be emboldened. “It is reckless for one to indiscriminately fire gunshots at a house not knowing who are inside,” the ComPol said. “When children are at the receiving end of bullets it is heart wrenching. We sympathize with the parents.”

He said the Conscious Youth Development Program (CYDP) has been extensively busy over the last few days trying to reason with these young men but said it has fallen on deaf ears.

“My message to the gang members – if you want to live in society peacefully, adjust to the rules and laws of society. We will be going after gang members night and day,” he said.

Assistant Commissioner Marco Vidal has been tasked with overseeing the operations in Belize City.

At the end of one month, Williams said he will apply to the government to extend the state of emergency amidst gun violence and Covid-19 concerns to ensure ICU remains open.

The Crimes Investigation Branch will be divided into groups to tackle various investigations. He added that while criminals are detained, investigations will be ongoing to apply additional charges against them.