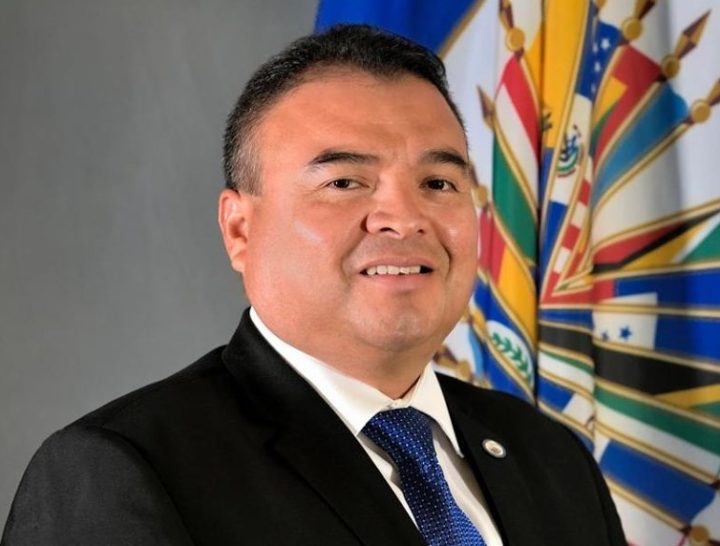 By BBN Staff:  Former Ambassador of Belize to the United States, Nestor Mendez was today re-elected as the Assistant Secretary-General of the Organization of American States (OAS) for the period 2020-2025.

The post of Assistant Secretary-General is the second-highest office in the OAS and holds senior responsibilities in that hemispheric organization.

Mendez running unopposed was elected by acclamation, enjoying the support of all 33 Member States present. Ambassador Mendez is the only Belizean to hold such a senior post in the OAS.

The Government of Belize also congratulates Luis Almagro on his re-election as Secretary-General of the OAS.

“Both leaders have pledged to work towards reforming and transforming the OAS into an organization that responds more efficiently and effectively to the needs of its member states,” a statement from the Government said.