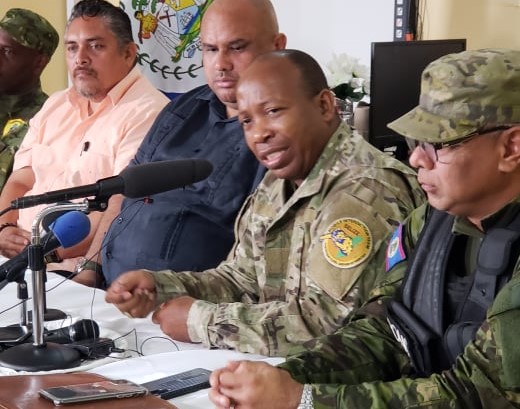 By BBN Staff: As the Belize Police Department continues its upscaled operations during the declared State of Emergency, Commissioner of Police Chester Williams issued a stern warning today against harboring those being sought by law enforcement.

Williams took his Facebook account this morning saying that the police have released the names and photographs of a number of persons who are currently being sought by police.

“Kindly note that under the State of Emergency Declaration Regulations as well as the Criminal Code, it is an offense for any person who harbors any fugitives. We, therefore, advise all not to Harbor any such wanted person as anyone found doing so will be dealt with according to law,” Williams said.

He concluded by calling for a collective effort to get the wanted persons into police custody instead of allowing them to take refuge in our communities and homes.

Authorities declared the State of Emergency this week after a spike in violent crime left more than 10 people, including children no older than age 5, dead in a matter of days.