The Covid Necessity – The Coming Invention 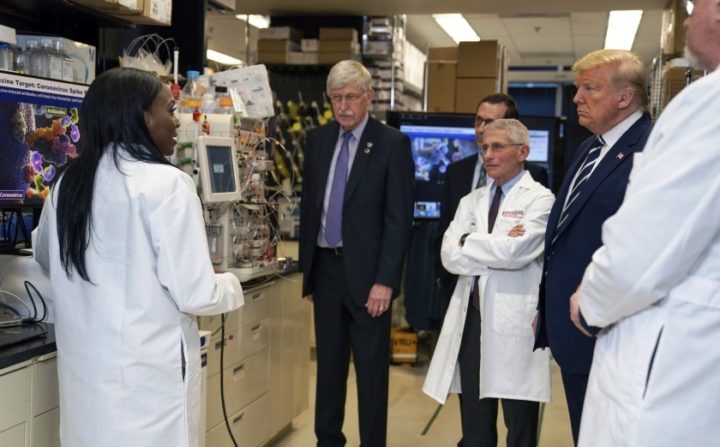 By Delroy Cuthkelvin: With the Covid-19 crisis rocking the world and knocking at Belize’s door, one foot already in, the entire populace of this developing nation is truly on edge now, a state of national emergency having been declared with effect from midnight, Wednesday, April 1.

Someone wittily (though, arguably) posted on Facebook yesterday, “The only thing ‘positive’ about Covid-19 right now is the three ‘positive’ cases that Belize has; nothing else.” Arguably, I parenthesize, as there might be some other not-so-obvious (or humorous), silver lining to this caliginous corona cloud.

Here at home, the existential threat seems ironically to have brought people closer together in spirit, even as it physically separates us through social distancing protocols. Exhibit A is the epic, now recurring image of Prime Minister Dean Barrow and Opposition Leader John Briceno singing devoutly from the same hymn sheet, less than a month after trading the most caustic insults in the National Assembly.

Meanwhile, our powerful neighbor to the north, who prides herself as being the nation that elects every four years (again, arguably) the Leader of the Free World, is fully engaged in the momentous battle against this worst threat to the world’s stability since World War II.

This leads me directly to the important parallel I wish to draw, between that World War of the 1940’s and what some have hastily dubbed the greatest global conflict of the Twenty First Century, Covid-19 versus the world.

Just this week, I read an insightful article written five years ago by the Christian Science Monitor’s Washington Editor, Peter Grier, in which he recounted the reaction by British Prime Minister Winston Churchill to the Japanese attack on Pearl Harbor (December, 1941), an attack that effectively drew the United States into a central involvement in the Allied Powers’ courageous campaign against the evil, expansionist forces (the Central Powers) led by German Fuhrer, Adolf Hitler.

Grier wrote: “The Japanese attack on Pearl Harbor was appalling to British Prime Minister Winston Churchill, but that night he ‘slept the sleep of the saved and thankful.’ (That’s a direct quote from Winston Churchill in his own history of World War II). The US would enter the war.”

Almost 80 years later, Barrow, Briceno and Belize might not be able to sleep as sound or ‘saved’ as did the then leader of our former mother country, but if there’s some faint light at the end of this terrifying tunnel we’re about to enter, it is perhaps the fact that, as providence would have it, the United States has already declared itself the epicenter of the assault by Covid-19 and therefore the battle against it, having quickly overtaken China (and Italy) as the country with the most declared, confirmed cases of the dreaded virus.

Indeed, Donald Trump has emphatically and valiantly declared himself a war time president.

Now, Trump abroad might not be the most endearing world leader, and appreciating America might not be quite in vogue these days, but this galvanizing global challenge and the dire necessity it presents can very well turn out to be the mother of the crucial invention which re-affirms that superpower (whose involvement in the 1940’s became the single greatest determinant in World War II’s triumph of good over evil) as being still in 2020 the world’s most unstoppable force for good, its scientists and medical experts working overtime in search of effective treatment to combat Covid-19, and vaccine to defeat it.

Fingers crossed; hands clasped in prayer; but for now, Belizeans, let’s sleep with our own eyes.