Patient #8 makes plea to Belizeans to follow advice of authorities 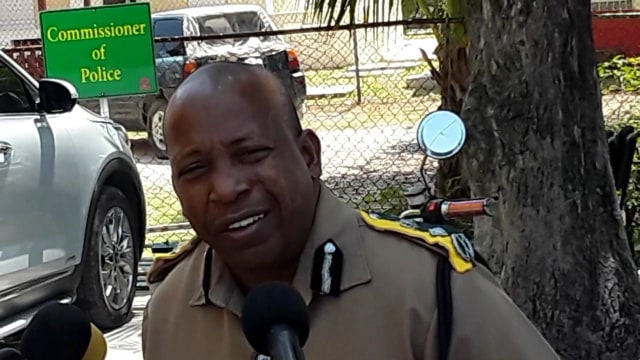 By Aaron Humes: “Words cannot describe how I feel, and when people think they are outraged and we are not, I want to say that that is far from the truth.”

Commissioner of Police Chester Williams did not hold back his disgust at the act that three of his fellow officers – two constables and a Corporal of Police – are alleged to have committed on Monday.

A short but graphic video has been circulated – and seen by the Commissioner and many others – of a man and a woman committing a sexual act with the vocal encouragement of several men in the background, identified as police officers.

The Commissioner told reporters that an act such as this, committed by “idiots” in his words, further taints the reputation of a department known to have bad apples.

But the former commander of the Professional Standards Branch and long-time officer insists he will not allow these rotten officers to spoil the bunch.

The Commissioner said he had been following the matter since yesterday and spoken to both persons involved. As of this morning, the Corporal is in police custody and the others, living in Orange Walk, are being sought and are expected to be in custody by day’s end.

“Let me make it emphatically clear that we are going to leave no stone unturned to ensure that those three idiots are dealt with, and dealt with swiftly…I believe that this is just an act of who they are and they need to be called out for the type of persons they are,” Williams said, adding that their conduct has nothing to do with the current state of emergency as they were clearly told of their powers.

The charges would likely be attempted rape and conspiracy to commit rape, but direction will be sought from the Director of Public Prosecutions. The participants have said separately to Commissioner Williams that the man did not sexually penetrate the woman.

The attorney for the man involved – who will not be charged as he was clearly coerced – is being asked to bring in his client as promised to give his statement, which the police need to move forward. Commissioner Williams had not been able to reach that person as of the time of the briefing.

As for internal discipline, it is clear that there is no place for them in the Department, the Commissioner said, and after due process it is likely they will have to go.

The Corporal of Police had submitted his resignation to the Department a week ago, Commissioner Williams told us, but that will be rescinded pending disciplinary proceedings.