Taiwan comes through with $2 million more for COVID-19

Test kits from South Korea not accepted due to different standard 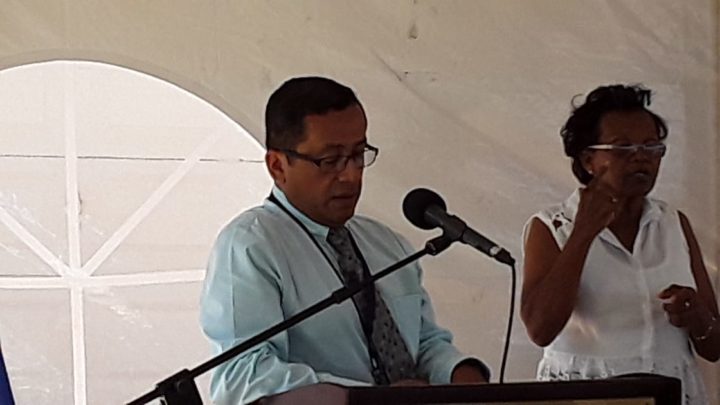 By Aaron Humes: Last month the Heads of Government of the Central American Integration System (SICA) met and adopted a Regional Contingency Plan to combat the novel coronavirus. A release from SICA says that the region is benefitting from one hundred and eighty thousand testing kits from the Republic of (South) Korea, which is one of the region’s strategic partners.  But according to the release, all SICA countries accepted the donation with the exception of Belize.

As Director of Health Services, Doctor Marvin Manzanero explained today, Belize, due to limited equipment, is using and trained with a specific standard of test kits, which the Korean kits did not meet.

“Understand that we undertook training for health staff using a particular platform, a particular template, from February through PAHO. We had gotten test kits for that particular platform, that particular template from PAHO, and we had said to people who were willing to donate, people who were willing to pay for testing kits that this was what we were using, because you understand that our lab at Central Medical Lab perhaps doesn’t have the same staff and equipment that other labs and bigger labs in bigger countries have…” Dr. Manzanero said.

On the 18th of March, in response to the regional procurement agency COMISCA, the Ministry asked for 40 test kits covering 4,000 individual tests, paid through funds from Rotary, IDB and Belize Medical Associates, but COMISCA said they were not able to follow through.

On March 24th, Belize submitted a request for assistance to CABEI for other materials used with the testing kit such as tubes, swabs and certain enzymes; the region is running low on the second of these. They responded with an offer for kits from South Korea.

“When that came about, because we have to work with what the lab does, we had said to the lab, ‘can you review the specifications, is this something we are going to be able to work with?’ and they had three basic concerns, which is general compatibility of reagent compounds with the primers and probes…whether they are compatible with the enzymes they were using. Whether the tests had been validated in the region… so that you can establish performance characteristics based on our population …and if any training or specialized knowledge was needed for the preparation of master mixes, is that going to be provided, since the lab said they had no knowledge of this testing kit that was being given…” Dr. Manzanero summarized the concerns of the Central Medical Laboratory, the only authority conducting tests for COVID-19.

The CABEI kits, Dr. Manzanero said, had not yet been approved by the Korean Center for Disease Control and U.S. Food and Drug Administration, and ultimately led to not accepting the kits. This is also true for other supplies being sought and Dr. Manzanero compared it to the compatibility of two spouses in marriage.

These concerns are not limited to test kits but to other equipment, in which the respective departments are asked to check to their specifications.

Belize has paid COMISCA 40 thousand Belize dollars for the supporting equipment, but the total budget is higher at 60 thousand. COMISCA is now awaiting a response from the supplier.

Dr. Manzanero made clear that the Ministry will not reject donations out of hand but specified that in the case of test kits it is a specific type, the PCR Abbott-Gene Expert variety.