Julius Espat asks GOB for food assistance for Cayo South residents; Says not getting through to phone numbers of Ministry of Human Development 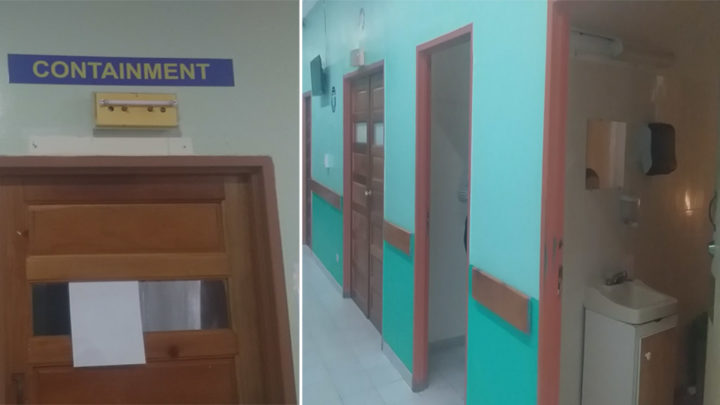 By BBN Staff: The Karl Heusner Memorial Hospital Association (KHMHA) workers union have issued a statement expressing their heartfelt condolences to the family and friends of Patient #10 and those affected by the wreaking havoc of this COVID 19 pandemic.

The KHMHA workers union says that it joins with the Belize Medical and Dental Association (BMDA) in condemning the manner in which the KHMHA Administration has compromised the safety and well-being of frontline workers in the face of this pandemic.

“In this regard, we also condemn the information made public by the both releases sent out by the Ministry of Health through the Belize Press Office and the Public Relations Office from the Karl Heusner Memorial Hospital Authority. Such information is contradictory and misleading,” the statement notes.

In addition, the workers union listed several issues they are concerned with:

The KHMHA workers union says that in a release dated on March 5, 2020, the consensus of the staff was and remains that this administration has failed to follow the established protocols in regards to Occupational Safety and International Standards in the workplace at the KHMHA.

“The failure to adhere to safety standards has brought upon our staff and patients unwarranted stress. This has also drastically increased risk of cross-contamination in cases of patient to staff, staff to in-patients, staff to family, relatives and friends in the community,” the union added.

The union notes that the areas of the hospital now compromised due to direct exposure are the Accident & Emergency and the Intensive Care Unit. Possible further compromise of other areas include the Labour & Delivery, Operating Theatre and Radiology since all these operate under a centralized air conditioning system known as the “Chillers”.

The union indicated that the sole ICU unit in Belize should at all times be guarded and preserved away from potential threats of the pandemic.

“In this regard, the Administration failed miserably,” it stated.

The KHMHA Workers Union demands the immediate and complete closure of the ICU unit and that in-patients be relocated elsewhere for intensive care management. Also, that thorough sanitary and corrective measures be conducted on all units possibly compromised with immediate effect.