Hot weather to continue through weekend

Children not allowed on streets after 4 pm 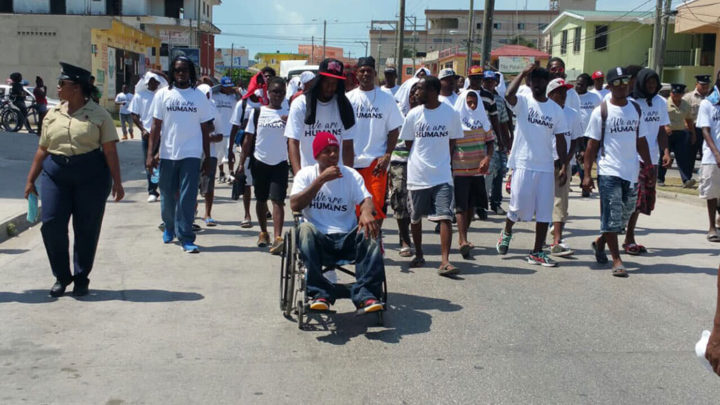 By BBN Staff: For the first time, rival gangs in Belize have approached authorities to initiate a peace treaty of their own.

Members of these gangs were detained at the Belize Central Prison for the last 30 days following a state of emergency for Belize City’s gang ridden communities.

During the lockdown, leaders of various gangs approached Marnette Faux Wesby, director of the Conscious Youth Development Program (CYDP), and requested a treaty be put in place.

And so Westby proposed that the men reaffirm the 1995 treaty, which had been drafted by now Deputy Commissioner of Police, Edward Broaster.

Upon their release from the Belize Central Prison on Wednesday night the men signed on to the treaty.

On Thursday other members of their gangs also added their names and signatures to the treaty.

Westby told BBN that the treaty primarily focuses on perpetual peace and disarmament.

In terms of disarmament, we note that just yesterday the police collected 27 guns including a high powered rifle from these purported gang members.According to Westby, more guns will be handed over today and as the days go by.

Westby informed that CYDP will continue to monitor the treaty and will ensure that the men meet regularly.

Additionally, the men will be added to a Whatsapp group to be able to communicate with each other.

As promising as this treaty looks, our newsroom hopes that it will be maintained for the benefit of all Belizeans.