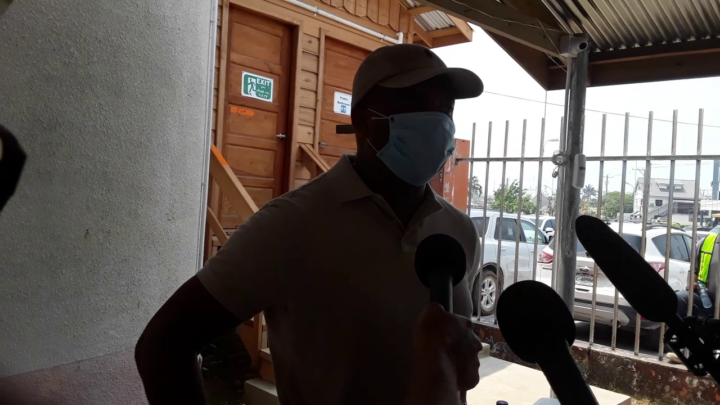 By Aaron Humes: Belize’s municipalities are hardly exempt from the economic pain brought by COVID-19.

Our two major cities – Belmopan and Belize City – are in a world of hurt, as their chief executives explained separately on Thursday and Friday.

Belmopan Mayor Khalid Belisle of the United Democratic Party told Channel 7 News that total revenue dipped from $120,000 at the start of March to just $20,000 in revenue collected after the first case was announced near the end of March, and now down to just about nothing.

In the Old Capital, Mayor Bernard Wagner of the People’s United Party says total revenue to City Hall dipped just as dramatically – $150,000 at the start of April to just $150 this past week.

The difference, says Wagner, is that Belize City has been without its subvention and has not been getting additional assistance from Central Government since it took office in 2018.

Mayor Belisle says his Council continues to employ the full complement of staff after working through its banking associate but he is not sure how much longer it will be sustainable. He appeals to residents of the Garden City to try to pay in what is due in property and other taxes in the spirit of civic-mindedness and is inclined to consider limited discount incentives to be approved by the Ministry of Local Government.

The mayor added that the Council has agreed its councillors and staff is taking half-pay except for essential workers who continue to be paid in full. It has also instituted, for the first time in its administration, discounts in property and other taxes and offered means of online banking payments.

The decision to fire anyone, said Wagner, would be looked at critically and “we’re taking it day by day.”