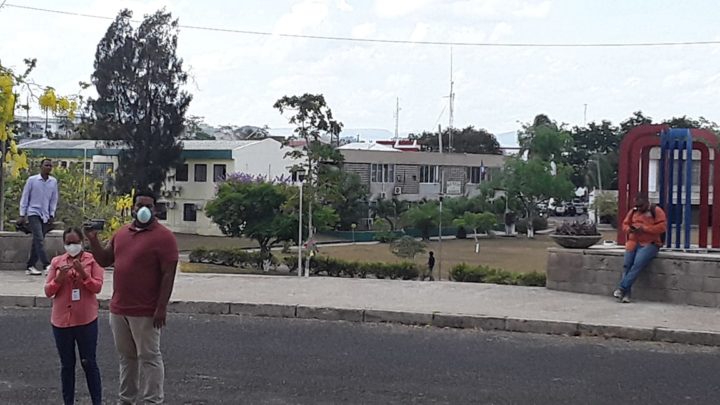 By Aaron Humes: After an untimely mix-up caused the press attending this morning’s meeting of the House of Representatives in Belmopan to be delayed entering the National Assembly building by as much as 45 minutes, the office of the Clerk to the Assembly, Eddie Webster, has issued an apology.

A statement this evening clarifies that the Speaker was not aware that police were preventing some members of the press from entering, and was not made aware until she was leaving the building after the meeting’s conclusion at lunchtime.

Neither, the National Assembly office states, did she give any instruction to disallow press entry, as she can do under the Standing Orders through the Clerk and police.

As we have reported, this morning’s developments came after hammering out an agreement for mainly television coverage, which was eventually taken over by the Government Press Office.

We are told the situation should improve for Tuesday’s meeting of the Senate, which begins at 10 a.m.