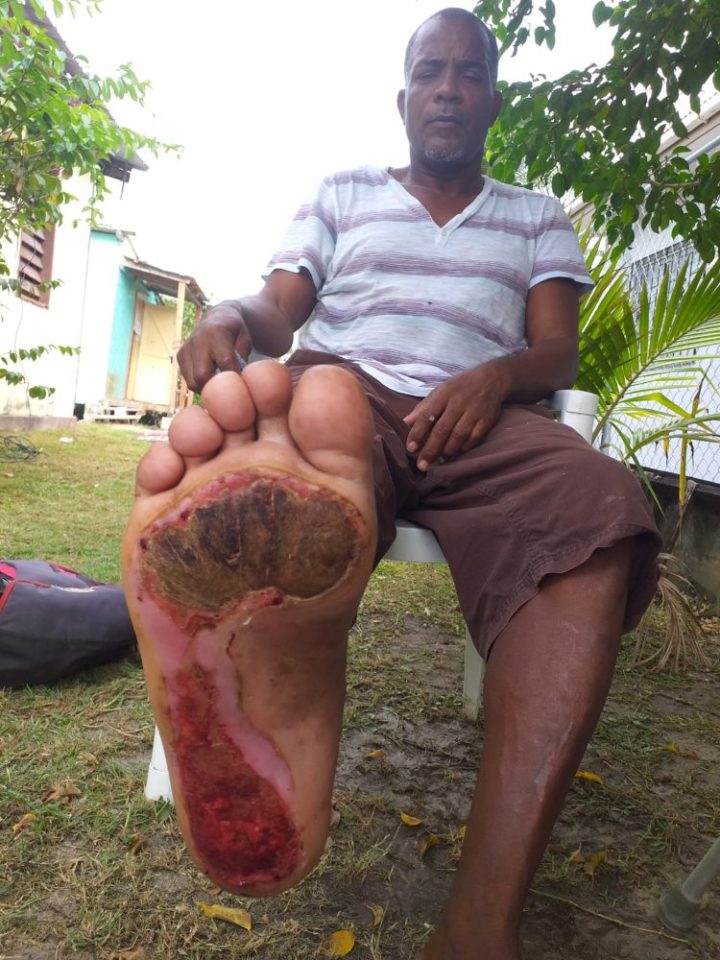 By BBN Staff: A diabetic Justice of the Peace is preparing to make a formal complaint in the presence of his attorney, after a police stop and search over the weekend left him with first degree burns on his feet.

Flowers, a diabetic patient which makes him prone to wounds that heal slower, was barefoot at the time because of an injury on his left foot. He told the officer that he could not stand on the hot pavement, but the officer ignored his repeated pleas and had him stand on it anyway while the officer took photographs of Flowers and all his children. Flowers said he has been in pain since the incident and later learned the severity of the damage when the skin from the bottom of his right foot began peeling off.

He received a medico-legal form from a police station in Belize City and the doctors certified his injuries as wounding; however, he has not been in to make the formal report due to mobility issues resulting from his injuries.

“If the officer had apologized, I wouldn’t have taken the matter any further,” Flowers said. “But when I spoke to him, he just asked me if I would take the matter further and then hung up his phone.”

Flowers says that he is scheduled to see a doctor on Friday for further assessment of the injury, which he is prioritizing above making the formal report to police.