Moist and unstable conditions to continue 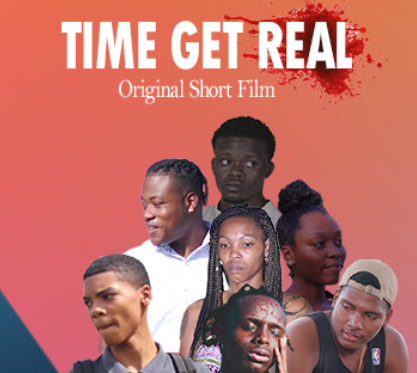 By BBN Staff: Nigerian-Belizean Oladipupo Ogunjobi, better known as Dipo, is taking his love for acting and production to new heights with the debut of his first short film “Time Get Real” which premiers today, May 8, at 6.p.m. on his page “The Dipo Skits Show.”

The new short film, which is the first in a series that will look at various social issues within Belize, is a step away from Dipo’s normal one-minute comedic productions and takes a more introspective look on matters such as family life, crime, and violence. The film tells the story of a 17-year-old boy who finds himself grappling with the moral decision whether or not to harm someone in an effort to save his brother.

Breaking Belize News (BBN) spoke with Dipo today, who explained that his passion for acting motivated him to start making videos and starting the page, which currently has over 20,000 followers. He said that he drew inspiration to write the short film looking at social issues after hearing a song by a Belizean artist, Unlimited, who produced a track with the same name.

“We have all these issues, gangs, thefts, violence, we have to highlight these issues in such a way that people will know that there can always be a change. And that everybody, no matter who you are, has a story to tell,” Dipo said.

Dipo, who writes the majority of his scripts but has worked with other Belizean writers in the past, says that the production of the short film series will resume once the lockdown regulations are lifted and that he is excited to share with Belizeans the material that the series will bring.

Those wishing to tune in to the premier can do so at https://www.facebook.com/dipo.skits/