NICH Artist of the Day: Youth Advocacy Through Arts

Arthur Saldivar charged with taking off mask in police station 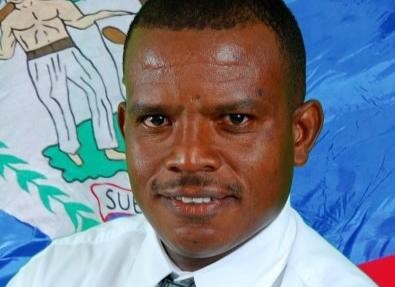 By Aaron Humes: Belmopan police have charged attorney Arthur Saldivar with not wearing his mask in public after he apparently took it off inside the police station on Sunday afternoon.

According to activist Emerson Guild, speaking our colleague Will Meheia from PGTV’s, Saldivar was at the station to assist the arrested Nigel Petillo, who faces a charge of inciting a crowd to gather earlier on Sunday at the abandoned property at Mile 44, George Price Highway. Police had intervened and dispersed the crowd, charging that the gathering was illegal under the State of Emergency Regulations.

Political Leader of the Belize Progressive Party Patrick Rogers, also speaking to Maheia, confirmed that at least two other persons have been charged in relation to Sunday’s events. He also stated that police had confiscated some of the papers provided by individuals who attended Sunday’s gathering seeking land, which he complained they did not have a right to do.

Rogers added that the movement will continue and gather support.

Petillo had, ten years ago, successfully persuaded Government to surrender land owned by a Chinese national at Mile 41, in what is now the development community of Harmonyville, just outside Cotton Tree Village in the Cayo District.

The current disputed property is 2,500 acres, also reportedly owned by a deceased Chinese national, is partially being farmed, though some of it has also been parcelled out by Government, according to Petillo.