Of service and sacrifice: Organizations going the extra mile for the elderly 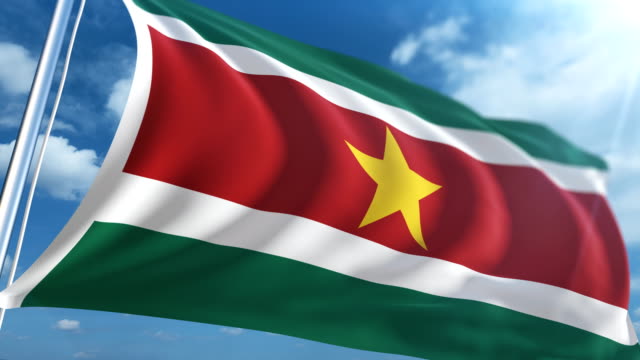 By Aaron Humes: President of Suriname, Desi Bouterse, is potentially in trouble after preliminary results of Monday’s general election showed his party, the National Democratic Party, lost 11 seats and its narrow overall majority.

According to GFC News,  leading opposition party the Progressive Reform Party (VHP), led by Chan Santokhi, has the most seats in the 51-seat parliament with 21, but short by five of an overall majority. Bouterse’s NDP finished with 15 seats.

Provisional figures as of this morning, Tuesday, showed the VHP leading the NDP by seven seats to five in the capital Paramaribo and holding a majority of seats in four other districts. The 51 seats in the National Assembly are elected using proportional representation in ten multi-member constituencies containing between two and seventeen seats. The ten electoral constituencies are coterminous with the ten administrative districts of Suriname. The National Assembly subsequently elects the President.

The 74-year-old president, according to the BBC, prior to elections, expressed confidence in winning a third term despite facing imprisonment on multiple convictions including murder.

Bouterse first came to political prominence when he led 15 follow non-commissioned officers in overthrowing the government of Henck Arron, the first to lead Suriname after independence from the Netherlands.

In his role as National Military Council chairman, he was Suriname’s de facto leader for much of the 1980s.

But he has been haunted by what is known as the “December Murders” – torture and murder of 15 trade union leaders, journalists and other opponents whom he said were shot while trying to escape from the fortress where they were held, but whom others say were shot and tortured. He admits political, but not personal, responsibility.

He was tried in 2007 and the verdict of guilty handed down 12 years later in 2019. He faces twenty years in prison but no arrest warrant has been issued. Previously in 1999, a court in the Netherlands found Bouterse guilty of smuggling more than a thousand pounds of cocaine and sentenced him in absentia to 11 years in prison. Bouterse has always denied the drug-smuggling allegations.

Neither the convictions nor his reputation has kept him from political power, having been first elected to the National Assembly in 2000 and rising to election as president in 2010 as head of the Mega Combination. Five years later the NDP won a narrow absolute majority and he was re-elected.

Whether he is re-elected president or not, Bouterse’s appeal against his murder conviction is due to go ahead in June so he is unlikely to be jailed before the appeals process is exhausted.

Despite his convictions, Bouterse, who is of mixed Amerindian, African, Dutch, French and Chinese ancestry, has in the past managed to transcend the ethnic lines along which much of Suriname’s politics are organized.

But pollsters say surveys indicate his party’s appeal may have waned due to a recent economic downturn.

Bouterse’s government, which wooed poor voters through handouts, has overspent, with economists saying it is at increased risk of defaulting on its debt.

A curfew in place to prevent the spread of coronavirus has been lifted to allow for voters to go to the polls.