What Taiwan got right with COVID-19 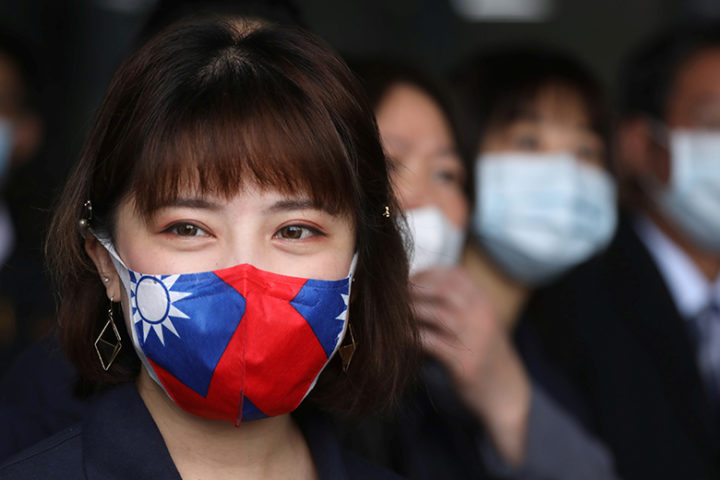 A staff wears a face mask with a Taiwanese flag design, as protection due to the coronavirus disease (COVID-19) outbreak, at a factory for non woven filter fabric used to make surgical face masks, in Taoyuan, Taiwan, March 30, 2020. REUTERS/Ann Wang - RC24UF97P3H2

By Aaron Humes: Belize has been somewhat lucky with its approach and results with COVID-19, but a longtime ally has been gaining worldwide attention for its efforts.

The Republic of China (Taiwan) has recorded just seven COVID-19 deaths and fewer than 450 cases in a population of 24 million, and has largely returned to normal despite sitting only about 80 miles from mainland China, where the pandemic began.

The country credits its long term planning which, according to Foreign Minister Joseph Wu, speaking to CBS News via Yahoo News, dates back to 2003, when Taiwan was hit very hard by SARS.

Taiwan, CBS reports, already had a Public Health Disaster Command Center ready to activate, generous stockpiles of protective gear, and Taiwanese companies have invested in high-tech solutions, including robotic testing machines. Crucially, the government started warning the public of how serious the new coronavirus was back in January. The health minister even broke down in tears as he announced a new infection. Professor Robert Brook, an American public health expert who has studied Taiwan’s response, contrasts that bluntly to the preparedness and early reaction by the U.S. government: “It appears like we were caught sort of with our pants down.”

Another advantage Taiwan had was a universal healthcare system that keeps records on every resident, which were easily married with immigration data to make tracing infections much easier.

Taiwan was lauded for its COVID-19 response despite being shut out of World Health Organization meetings due to opposition from China’s central government, which still claims it as one of its provinces.

Still, Isaac Stone Fish, a senior fellow at the Asia Society Center on U.S. and China Relations, told CBSN earlier this month that it had been “a really great several months for Taiwan in the international community.”

“Taiwan has been such a great example of how to deal with the coronavirus, and they’ve used a mixture of smart tracing, mask-wearing and frankly, calm, to help fight the virus.”

Some observers have argued that Asian governments had it easier because people in these cultures are supposedly more obedient. Foreign Minister Wu laughed at that suggestion.

“Not at all. Taiwan is a democracy,” he said. “Taiwan’s opposition is also very critical of the government… But when it comes to public health, when the command center has educated the people enough, they understand what is best for them.”

The Taiwanese have generously donated to Belize’s COVID-19 prevention efforts as part of a friendship dating back 30 years.