Is curfew helping to fight COVID-19? 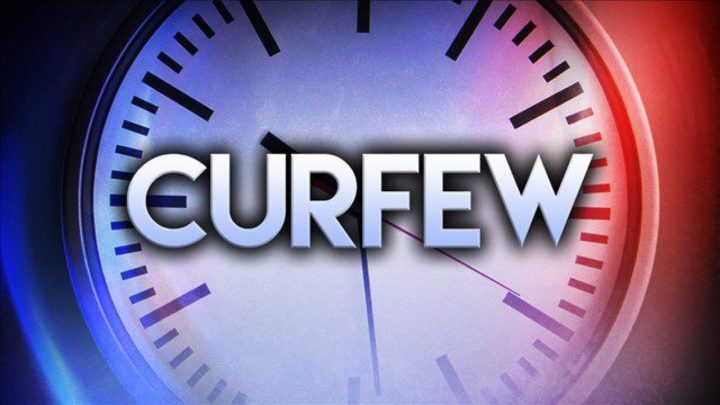 By Aaron Humes: Few can dispute that incidents of violent crime, while well down from the same time period last year, are still happening even under our current State of Emergency.

But there is an argument to be made that regulations under that State of Emergency have prevented a bad situation from becoming worse.

Michael Peyrefitte, Minister of National Security and Attorney General, quoted the provision on April 2 at the start of the State of Emergency: “If you look at section four, for the purposes of controlling the spread of COVID-19, and maintain peace and public order, a curfew is hereby imposed during the period of eight p.m. through to four fifty-nine a.m. of the following morning of the entire country of Belize during the period of public emergency declared by proclamation. From eight p.m. to five a.m., we are on curfew. For the purposes of sub-section one, no person shall be on the streets, or in any public place or public road between the hours specified in that sub-regulation. For the purposes of containing and suppressing the spread of COVID-19 in section five, a person shall not wander, loiter, assemble or otherwise move in any public place or space during the hours of eight pm to five a.m. During the hours of five and eight, if you are in the public space or a public place, you must be moving with a purpose.”

So has the curfew in particular helped control the spread of COVID-19? Arguably, yes, considering that there have only been 18 cases isolated to three districts (Cayo, Belize and Corozal). But an important caveat is that subsequent amendments kept the whole country on lockdown for much of that time period and so perhaps must be given greater credit. Also, known troublemakers were jailed under a separate emergency order following a spike in murders in March.

As for the control of public peace and order, it is arguable that the COVID-19 crisis has made criminals of many who would not otherwise be. We have heard the many stories of strain on working people who have had to plan for travel back home after a full work day. And the stories of Government refusing to give late night passes and zealously tracking down violators have made the rounds.

Taxi drivers have complained that Belize City is even more of a ghost town than normal after 5 p.m., reducing their earning capability. There is virtually no night life anywhere (combined with the closure of bars and night clubs and restriction on sales of alcohol) and people have had to find alternative ways to pass their time while sheltering in place.

And indeed with six murders since the State of Emergency began, those persuaded to a criminal bent have hardly been deterred from striking.

The Attorney General recently said, “I can almost assure you that it is up to the national oversight committee not to me – but for the things we want to accomplish that from now up to the end of June the curfew will be in place.” But should it?

It is an obvious challenge to our usual freedom of movement and association, and the health emergency, if not completely passed, appears to have subsided. And as the Commissioner pointed out on Monday, it would be naïve to think there would be a reduction in major crime and murder solely because of the curfew.

On the other hand, if the Government thinks quarantining criminals isn’t a bad idea, then perhaps consider a shift in hours to 10 p.m. to say 7 a.m. and move the children’s curfew to the current adult hours. With schools sure not to open until the new year in August or perhaps September, it’s probably not a bad idea to keep them indoors.

A decision will be forthcoming toward the end of June as the State of Emergency winds down.