Our land borders, nor PGIA, will not be opened anytime soon as cases surge in neighbouring countries

Price of regular increases by 46 cents 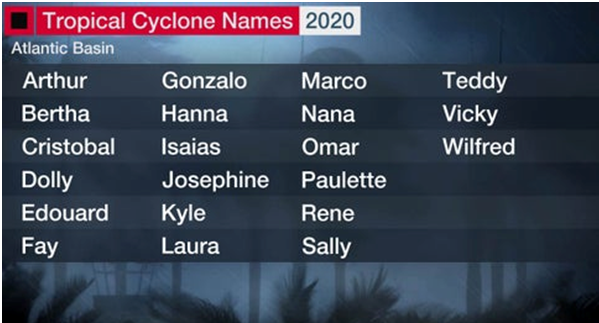 By BBN Staff: Monday, June 1 marks the beginning of the 2020 hurricane season for the Atlantic Basin.

The season runs from 1st June to 30th November each year.

The 2020 forecast is suggesting that tropical cyclone activity will be above normal in the Atlantic Basin (North Atlantic Ocean, Caribbean Sea and the Gulf of Mexico).

The National Meteorological Service notes that the main factors that were used to forecast an active 2020 Atlantic hurricane season are:

(1) No El Nino is expected this year therefore this factor will not contribute to the suppression of tropical cyclone activity in the Atlantic basin.

(2) Warmer than average sea surface temperatures in the tropical Atlantic Ocean and Caribbean Sea, which tends to favour hurricane development.

What does this mean for Belize?

There is no strong correlation between the number of storms or hurricanes that form in any given season to the number of storms that make landfall in Belize. One or more of the 13 to 19 named storms forecast to develop this season could hit the country, or none at all. Therefore history teaches us, as a nation located in such a vulnerable area,  we should be prepared each year no matter what is the forecast is.

Belizeans are advised to be prepared, stay safe and heed to all advice and warnings coming from the National Meteorological Service and National Emergency Management Organization during the 2020 Hurricane Season.