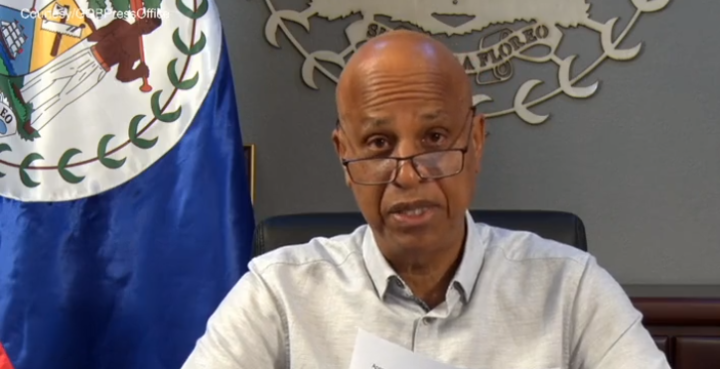 By Aaron Humes: It is final when it comes from the Ministry of Education, but Prime Minister Dean Barrow has thrown water on the possibility of re-opening schools for what remains of the school year, which was suspended on March 20.

“More and more, I think the Ministry of Education is coming to the realization that schools will indeed not reopen until the start of the new [academic] year,” the Prime Minister told reporters during Friday’s press briefing.

Barrow cited the situation in the Caribbean, where there are still struggles to set a date for CSEC/CAPE examinations (we now understand they are to start on July 13), and that generally, most Caribbean schools at all levels have not reopened and are not likely to reopen until later this year. Summer holidays typically start in mid-June for high schools (earlier for graduates) and the start of July for primary schools.

In the case of St. Catherine Academy, where the Prime Minister’s youngest daughter is a student, the school ended its online classes on Friday, two weeks early, because students have not been participating for various reasons.

Barrow referred further questions to Minister Faber, who later confirmed he was not prepared to write off the rest of the school year.

As Faber stated, “We strongly believe that because of the practicality of things, it will be difficult for us to re-open schools, although I’ve not made that formal announcement, nor will I make it at this point. We’re still looking at the right time to do that. It is for obvious reasons. There is still a great deal of productivity that we are hoping can come from this school year, and that, again I repeat, has to be through home-based learning.”

But that has been relaxed in at least one case in the Toledo District, where the local branch of the University of Belize was allowed, subject to social distancing protocols, to allow students to come back on the compound in Punta Gorda Town for classes, primarily for internet access.

For others to follow, Faber said, there must be detailed planning as to how to handle larger classrooms in terms of social distancing, changing school timings, accommodating students from across the western border in Guatemala and so on.

The new school year is likely to start a month early in August, subject to schools’ approval, as most teachers are taking their annual professional development training courses early and online.

And the Minister expressed the authorities’ position on graduation and closing exercises this way: “Schools are free to conduct any kind of exercise having to do with graduation, closing of school – whatever it is they term it as – providing that those activities fall within the guidelines of the national State of Emergency. You won’t have to come and ask for permission.” In the case of Belize High School, this will involve students and their parents or guardians and other invitees staying in their cars until they can come up to get their diplomas.