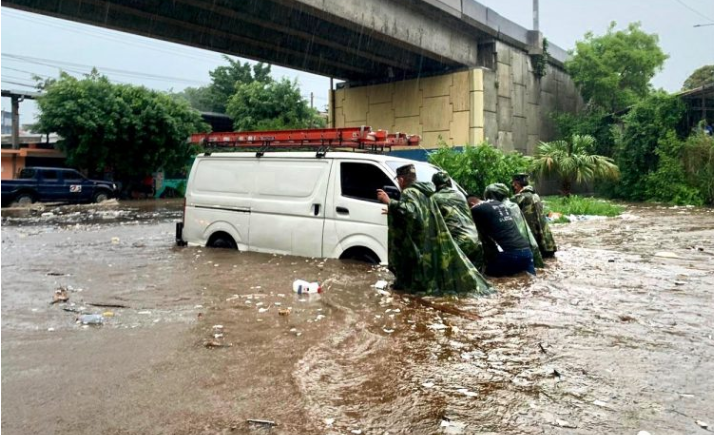 By BBN Staff: President of El Salvador, Nayib Bukele, has declared a 15-day state of emergency after Tropical Storm Amanda dropped heavy rains on the country this weekend causing massive damage and killing at least 14 people including an 8-year-old child.

El Salvador had already received rains ahead of Amanda, the first tropical storm for the Eastern Pacific season, making landfall on Sunday. The storm brought with it sustained 40 miles per hour winds at landfall, which weakened to 35 miles per hour by afternoon. The bulk of Amanda’s damage resulted from the flooding and resulting
landslides.

The BBC reports that the storm destroyed many homes and displaced around 4,000 people, forcing them to seek refuge at shelters. In the municipality of San Salvador, 7 people died from the flooding, while President Bukele said that, so far, damage estimates in Amanda’s aftermath stood at around $200 million.

Meteorologists say that Amanda weakened after moving north to Guatemala but that it could again gain strength over the Gulf of Mexico.

Officials in El Salvador say that their situation is “unprecedented” having to deal with such a large scale crisis while in the middle of managing another (the COVID-19 pandemic).