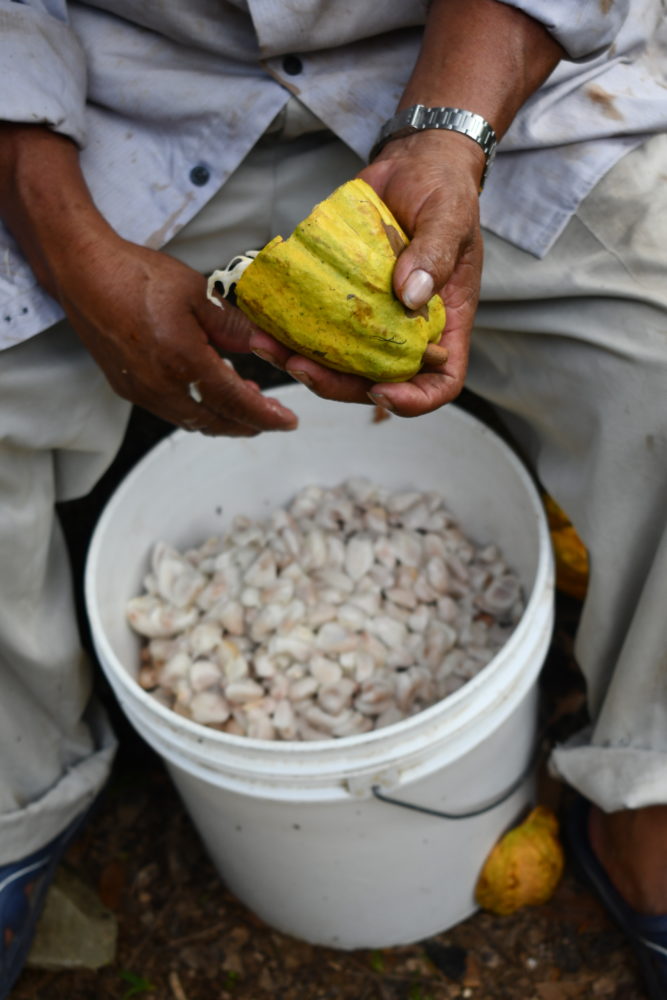 Contributed by Ya’axché Conservation Trust: In time of crisis, the conservation of protected areas such as Maya Mountain North Forest Reserve are of utmost economic benefit to the entire nation of Belize.

Howlers monkeys can be heard roaring to the top of their lungs, laid back in the canopies above. Flocks of scarlet macaws are squawking as they perch on their favourite tree, the sun glistening their  awe-inspiring, colorful feathers! Situated just northwest of Cockscomb Basin Wildlife Sanctuary and southwest of Bladen Nature Reserve is the 36,000 acre Maya Mountain North Forest Reserve (MMNFR).

Maya Mountain North Forest Reserve is an extractive reserve and a recognized Key Biodiversity Area. It is home to many wild species that provide us with important ecological services such as cleaning the air we breathe, purifying the water we drink, providing materials for home, food, shelter, and medicine. The Monkey River, one of Belize’s largest fresh watershed systems, has origins from within the reserve and supplies thousands of Belizeans with drinking water. It also supports  industries such as the banana, citrus, grain and tourism in southern Belize. Maya Mountain North Forest Reserve and other protected areas provide Belizeans with the equivalent of what would cost hundreds of millions, if not billions, of dollars in infrastructure, energy and time to provide essential ecosystem services we depend on for free. The reserve is co-managed by Ya’axché Conservation Trust and the Forest Department to safeguard Belize’s natural resources and build resilient communities.

In 2015, Belize’s first agroforestry concession was established in Maya Mountain North Forest Reserve, allowing 31 indigenous farmers from the buffering community of Trio to sustainably grow cacao and other crops. Under the 936-acre agroforestry concession, farmers have cultivated more than 165 acres of fertile land with cacao, following stringent environmental sustainability guidelines. With less than 3 years of harvest and an annual increase in production, farmers have up to date  produced and sold 41,151 pounds of cacao, 49,600 pounds of corn, 4,013 pounds of honey and more than 29,000  pounds of other crops such as pepper and plantains. The produce provides health and happiness to the farmers and their families and the income generated gives them support against hard times and unemployment.

Given the frequent human presence in the reserve, Ya’axché conducts scientific research and monitoring to investigate the concession’s impact on the wildlife population roaming the area. Camera trap surveys are one means by which Ya’axché monitors wildlife. In 2019, Ya’axché deployed sixteen cameras within the concession to establish baseline data for mammalian species by capturing high definition photos of the wildlife. Through thousands of photos, Ya’axché recorded over fifty wildlife species, which includes the five wild cats of Belize: jaguars, pumas, ocelots, jaguarundis, margays. The cameras also captured endangered and rare species such as tapirs, keel-billed toucans, kinkajous, anteaters and tayras as well as important game species like collared and white-lipped peccaries, paca, white-tailed and red-brocket deers, armadillos, crested guans, curassows, and tinamous. The results indicate that Maya Mountain North Forest Reserve is a safe and healthy ground for wildlife, especially game species; these are important to maintain in high numbers so they can then “spillover” from the reserve into community lands. The stunning photos of wildlife roaming harmoniously in the midst of human development had farmers and staff blown away!

Game species hunted under license provide families with high protein food. In rural areas where poverty is high, this is a cheaper, healthier and appetizing alternative to buying shop meat. Wildlife also attracts many tourists to Belize. The tourism industry creates hundreds of jobs, directly depend on our natural resources that are kept replenishing in protected areas. The footage presented concrete proof of the reserve’s effectiveness and positive role in supporting livelihoods and biodiversity conservation, both of which are important pillars for sustainable national development.

In addition to monitoring in Maya Mountain North Forest Reserve, Ya’axché also monitors flora and fauna in Bladen Nature Reserve, Golden Stream Corridor Preserve and agroforestry farms in five buffer communities. Data gathered from these surveys will be used to guide wildlife management and policy both locally and nationally.

In times of hardship, such as the one we are currently facing because of COVID-19, many people are turning to natural resources for income, employment and food to feed their families. Now, more than ever, it is important that human development takes into consideration natural resource management and conservation because we never know when another crisis could hit us. It’s more than certain that when it does, our primal being turns us to nature for survival. Protected areas such as the Maya Mountain North Forest Reserve are doing their part in livelihoods security and biodiversity conservation.